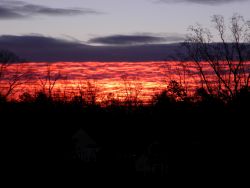 Each Dawn is a Bridge We Can Choose to Cross
(Image by Marcello Rollando)   Details   DMCA
COVID-19 under the averted eyes of our, wartime president has aided and abetted his negligence, in 1000 deaths each day for the last five days in several states. Texas in Triage mode choosing who gets hospitalized to Gurneys in hallways hoping there'll be enough ventilating machines to save them from refrigerated trucks outside for those for whom there's no room.

And still we fail to bridge the gap between reality and our homemade myths.

In his own words, Mark Meadows proved, everyone can come on TV and provide their opinion, confirming that Trump's fourth Chief of Staff, like Pompeo, Munuchin, Kavanaugh, Pence, Barr, Cheney and Nixon - too many Americans have yet to manage navigating the bridge from gullible to discriminate.

What Protesters, state & local police and Barr's get low gestapo must understand, and all living in America need to internalize is:

Our Constitutional right to peacefully assemble does not include acts of violence, including throwing Molotov Cocktails or attempts to damage Federal property. Doing so, we become clones of our adversaries and enable our unqualified presidential nemesis.

The pursuit of happiness for all living in America is substantially greater when we elect a president who is not a cowardly bully, draft dodger, tax cheat, running more to stay out of jail than stay in office.

By far, most of our employment challenges, healthcare crises and damage to our national peace of mind is due to Conservative Republicans who still want government small enough to drown in a bathtub, surviving only for gerrymandering census, tax collecting and making forever war to benefit Corporatism - refusing to accept that government has ever been responsible for the lives and livelihoods of the people.

Truthfully, the greatest destabilizing threat to American life continues to be our uncivil, and often camouflaged, internal war from sea to shining sea. It is the war between Caucasian Protestant males who, well before 1776, believed they are inherently superior in every way to all females of every color, political party, gay or straight, all Native Americans, African Americans, Latinos and Asian-Americans, - with special disdain for all who do not comply with their public sexual behavior, but rather choose sexual preferences and lifestyles, that their oppressors hypocritically practice in secret, while voting against in public.

While such flagrant profaning of, love thy neighbor as thyself, guaranteeing inequitable education, fear of diversity, hate for status quo evolving, bigotry toward inclusivity, and insufferable sexual hypocrisy is what bred Donald Trump, those who continue to support him remain our Dorian Gray portrait of what photo bombs America's selfie.

Perhaps it's time for America to be on, The Left Side of History, or at least for protest signs and T-Shirts to be more emphatically inclusive: White male lives don't matter more than any Red, Black, Brown or Yellow life.

The truth we're looking for to understand why some will always refuse to do what's best for, the common good, is as close as America's southern roots in slave economic dependency transplanted into the Federal Housing Administration segregation polices housed in both Democratic and Republican foundations.

People of Color were never afforded the opportunity to bridge the distance between educational and income disparity.

2020 is a clarion call from our past, offering us a way to change our future; for what we're allowing to happen in Portland encourages evil men in unseen dark places to elevate immoral men to leadership positions.

Even after, U.S. District Court Judge Michael Mosman gave Trump's "Federales" the freedom to advance to Go, passing to collect their pieces of silver, GOP TV talking heads defended Trump's taking a bridge too far, for a get out of jail free reelection.

Contrasting Trump's Southern Strategy, Moms, Dads and Veterans are linked-in constructing a legitimate American wall of patriotic humanitarian protection, standing tall between Trump's private police force and Americans exercising our exceptional right to petition the Government for a redress of grievances - clearly inspired by him whose hope to see his Pilot face to face, having crossed the bar, has been fulfilled.