Speakers will discuss how artists have gotten involved in the 2020 election and the launch of the Arts Action Fund #ArtsVote campaign that calls on all artists and arts advocates to take the pledge to make their vote count at www.ArtsActionFund.org/ArtsVote.

The event will be moderated by 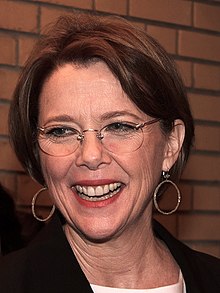 The event will also feature a performance by Ben Folds, singer-songwriter, musician, composer and record producer. He's performed with some of the world's greatest symphony orchestras, and in 2017 was named as the first ever Artistic Advisor to the National Symphony Orchestra at the Kennedy Center. He was also a judge on NBC's critically-acclaimed acapella show "The Sing Off" for five seasons.

Registration for this live event is free and will be limited to the first 1000 registrants. You may also view this event live on the Arts Action Fund Facebook Page. A recording will be made available for on-demand replay 2 business days after the event.

Related Topic(s): Artistic; Artists; Arts; Arts And Activism, Add Tags
Add to My Group(s)
Go To Commenting
The views expressed herein are the sole responsibility of the author and do not necessarily reflect those of this website or its editors.