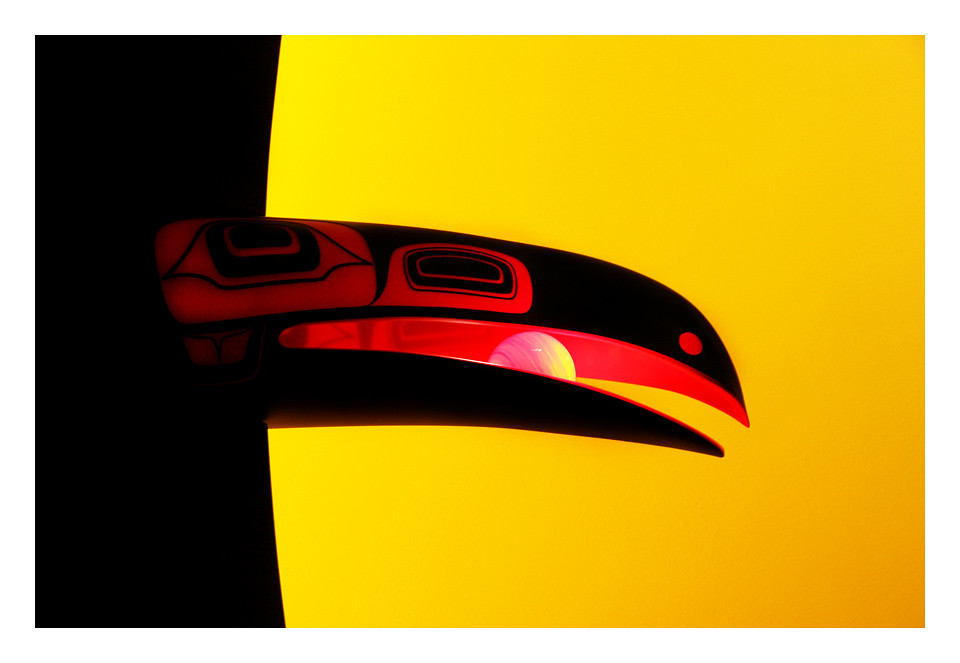 According to brain scientists, a person's view of life is entirely constructed in the brain, and any resemblance to external reality is purely coincidental.

This is all about how we see the world: our Worldview. By this I mean the patterns-of-patterns, of firing neurons in our brains, that construct what we can see and hear and taste and think and feel. About 90% is in memory, and about 10% is added-in, from of the torrent of external sensory information. It's all interpreted in language, in the ways that we speak and listen.

We can hear this interpretive process going on. The joke in transformational workshops goes: "There'a a voice in our heads. The one that's saying: "What voice? I don't hear any voice..."

And first thing that appears in any worldview worthy of the name is the incontrovertible fact that it is Reality, the only reality possible, out there where rocks are hard and water is wet. Of course, a worldview would say that...

I see this as an opening for real change, not just the superficial label-changing that happens whenever a new bestseller for aspiring executives gets published. Remember Deming? Suddenly, corporations had new organizational charts with "Accountabilities" like "Customer Relationship Management (CRM)." I know this because the software I was developing had to accommodate that. But my corporate clients didn't actually change anything but the titles. To them it was the same old database. And that lasted about as long as it took for somebody to get out a new translation of Musashi Miyamoto's "Go Rin no Sho," so American suits could understand why the Japanese were eating their corporate lunch.

Four Arrows, who has researched this deeply, describes two generally aligned worldviews, being the Colonial and the Indigenous. I think this refers to two populations, and after reading Edwin Nichols on axiological referents, I can see that these two broad communal views of the world might even involve some epigenetic evolution, down through the centuries. A hundred and twenty centuries, maybe, since humans settled down and started building empires.

So, let's use "worldview" here to mean a person's view of life, from an indigenous perspective, or that of the colonial cultures that have brought us the Sixth Extinction. This is a very useful and accessible distinction, especially now, given the intensifying conflict between them. Depending on one's, um, point of view, it's a battle between Good and Evil, or -- well, some other version of that. From either of these two worldviews, then, we're stuck in some version of Us vs. Them.

While I was born into the colonial world 72 years ago, I hasten to say it is not the worldview in which I now reside. This took many decades of painful education, starting in childhood. One doesn't necessarily jump from one worldview to another, but it is possible to discover, at least, that one's world is not the whole story. We have opinions and beliefs, but especially the unexamined, taken-for-granted assumptions that lie in the background, arise from our worldview, whatever it might be. In exploring this personally, we may gain access to some new skills and some new perceptions that free us in important ways.

So I'm with "Us," if you agree with me that the Earth and all life that creeps or swims or flies around it are being destroyed forever, and that now, transnational corporations 'R' "Them." But that doesn't make me Indigenous. Worldviews run very deep in our psyches. For example, many of us want to fix policing so it's not excessively lethal. But police can't, by their nature, do that. They are like trained attack-dogs, and not like trained therapy-dogs. So focusing on fixing the police will only result in less effective cops, in the very few but still critical areas where we need their effectiveness. It's more likely, given the gravitational pull of the colonial worldview, that new weapons technologies will move this problem to another level, and render abusive cops moot in a dystopian future we do not even want to imagine (but we already do). The point here is that an answer is not accessible to us from within the perceptual paradigm in which we are asking the question. In this paradigm we can't even make people understand the question. "Abolish the police!?" they say, recoiling in horror. Then they tell you not to mention it until after Biden banishes T- um, No. 45.

How can we resolve this massive conflict of Worldviews? For one thing, seeing this as a conflict is consistent with the colonial mindset. The indigenous way, if it is speaking, is hard to hear in all this noise. But from the snatches of indigenous conversation I hear, maybe it isn't resolvable as a conflict, but as something else that doesn't translate into colonial-ese.

If it happens in the traditional way (the colonial tradition I mean), we will see the complete destruction of one or the other, and maybe both. That won't be a victory for the majority, much less the wisest and most compassionate, much less anything like democracy. It will be a triumph of brutality and violence. That might be a fire that burns itself out in the end, leaving nothing alive. But, if we want humanity to attain lasting peace, which must require harmony with the rest of the Biosphere, we won't succeed by winning this as a war. Winning anything is only discussed before wars; after wars, nothing the victors imagined even exists.

We live in a worldview, some worldview. It's our total experience, all we can possibly know or understand. The very idea that there could be more than one worldview is no more than a vague concept to those of us who have heard of it. But we can make some guesses that may provide something we need. For one, people living in a worldview do not hold their view above others: it's built into a worldview that there is no other view, that everybody lives in the same one, the only one, and if they don't live in this one, they're withdrawing from reality, in other words, insane.

And then, there's religion.

In my colonial ancestors' worldview it is obvious that life's ups and downs are divine reward and punishment, that wealth signifies heavenly favor, and poverty divine wrath. Exceptions merely show mercy towards repentant believers. Religious materialism is logical when you worship a vengeful god. I don't know that the colonial worldview is the only one that contains this materialistic moral code. I suspect there are more nuanced versions of karma than the crude, retributive, linear, tit-for-tat, reward-and-punishment system imposed in colonies everywhere over the last hundred centuries. But with us colonials, it's personal. You have to get God to "Like" you on the Book of Faces, and woe unto the un-friended!

In the colonial world, the indigenous world is called "animist," animal and ancestor-worshipping, and superstitious, and with lots of irritable and unpredictable gods instead of just the one true one. They taught me this in American public school. Then they taught it to me in secondary school in 1963, in Nigeria (just four years since it had been a British colony). They also taught me that there was just one deity, named "God," and He is watching you, and sparrows, too. It's surveillance-religion.