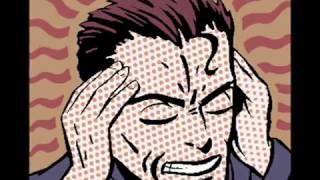 IT'S FRIGHTENING. Unprincipled psychologists, in the service of a malignant regime, use sophisticated techniques in order to control the mind of a person from afar.

The term "brainwashing" was born in 1950. It is a Chinese word ("xinao," literally wash brain). Originally it served to describe a technique used -- so it was claimed -- by Chinese masterminds to manipulate the minds of American prisoners in the Korean War. They changed their unconscious mental processes and turned them into agents of sinister forces.

Many books and movies purported to show how this works. For example, the classic film "The Manchurian Candidate" shows how the communists take an American prisoner-of-war in the Korean war, an officer, manipulate his mind and give him an order to kill the US presidential candidate. The American officer does not know that he has been turned unconsciously into a communist agent. He does not remember the order given him under hypnosis and does not know that he acts accordingly.

THIS PLOT is ridiculous, like most of the pseudo-scientific descriptions. In practice, it is much easier to manipulate the minds of people, individuals and collectives.

For example, the Nazi "propaganda." It was invented by Adolf Hitler himself. In his book, "Mein Kampf," he describes how, as a soldier on the Western front in WWI, he witnessed the extremely successful British propaganda. The British dropped leaflets over the German trenches and shattered the soldiers' confidence in their leadership.

When Hitler came to power in Germany, he entrusted one of his faithful henchmen, Joseph Goebbels, with the creation of a Ministry of Propaganda. Goebbels turned propaganda into an art form. Among other means he turned all the German media -- newspapers and the radio -- into government agencies. In German that was called "Gleichschaltung" -- connecting all components to one electric line. Thanks to this, Nazi Germany continued fighting long after it was clear that it had lost WWII.

One of the means was the disconnection of the German public from any other source of information. The official propaganda was blared from every medium. Listening to a foreign broadcast was a major crime, punished severely.

Thus it happened that the Germans still believed in their final victory -- the Endsieg -- even after the Soviets in the East and the Anglo-Saxons in the West had already crossed the borders into Germany.

DOES IT take a dictatorial regime -- Nazi or Communist -- to turn the media into a brainwashing machine? Common sense says that this is impossible in a democracy. Common sense is wrong.

It will be remembered that Hitler attained power by democratic means. Even now, fanatical nationalists are winning democratic elections in many countries. All their leaders are busy destroying the courts, stuffing the parliaments with useful idiots and -- especially -- turning the media into brainwashing instruments. In our country, too.

How is this done? It's quite simple, really: one has to suppress all other voices. One has to make sure that the citizen hears only one voice. One that repeats a few messages over and over, endlessly. This way the lie becomes truth.

In such a situation, the ordinary citizen becomes convinced that the official line is really their own personal opinion. This is an unconscious process. When one tells a citizen that they are brainwashed, they are deeply insulted.

This has been happening in Israel over the last few years. The citizen is not conscious that it is happening. He or she absorbs diverse newspapers, TV programs and radio broadcasts, and sees that all these media are freely arguing with each other and even quarreling with each other. The citizen is not conscious of the fact that on the one critical subject of our life -- war and peace -- all the media are "connected" to one singular line of brainwashing.

DURING THE last few weeks we have been seeing a perfect example of this mechanism. The events on the Gaza Strip border have activated a mechanism of brainwashing that dictatorial regimes in the world can only envy.

Related Topic(s): Brainwashing; Debate; Israel; Media; Propaganda; Truth, Add Tags
Add to My Group(s)
Go To Commenting
The views expressed herein are the sole responsibility of the author and do not necessarily reflect those of this website or its editors.