Over the centuries, thinkers and historians (Gibbon, Spengler, Toynbee and many others) have speculated on the fact that the great human civilizations all appear to have followed parabolic paths -- of very different lengths -- which brought them to an apogee and subsequently to an apparently inevitable decline. The search for an explanation to this recurring pattern has led to very different conclusions, from Spengler's rather coldly deterministic view, to the more intriguing hypothesis, preferred by others, of a perverse hubristic attitude of the more influential classes, which brought these social organizations to a self-destructive stage, thus rendering them particularly vulnerable to negative outside influences. 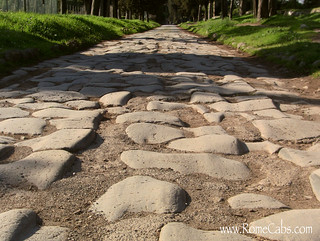 It certainly does not appear otiose to speculate whether our own civilization has entered upon precisely this kind of self-destructive stage, and whether some social and political trends and phenomena, which would otherwise appear inexplicable, should be seen in this light.

One of the problems facing any evaluation of the present state of "Western Civilization" lies in the difficulty found in defining what, precisely, would be meant by the term itself.

It is said that the Mahatma Ghandi, when asked what he thought of "Western Civilization", rather roguishly answered that he thought it would be a good idea, an answer made all the more interesting by the fact that he himself, of course, was, to a great extent, a product of that very Civilization.

What, in reality, is meant by the term "Western Civilization"?

Of course, we have to assume a thoroughly Eurocentric concept, but then, is all of Russia to be considered "West"? And what about Turkey in Europe? And Israel? How far West does the "West" reach? After all, there are countries in the Far East, which embrace Western principles and policies. Finally, what is the role of Religion? Some years ago there was a rather absurd debate, within the European Union, as to whether the ill-fated European Constitution should explicitly mention Europe's "Christian roots", with some governments -- notably Italy and Poland -- stoutly defending the position, but it would seem much more sensible and historically more accurate to attribute Greco-Roman rather than Christian roots to the concept of Western Civilization.

It is interesting to note that two very eminent historians, almost two centuries apart, Gibbon and Toynbee, both speculated on the reasons which brought about the capitulation of great empires, which, in many cases (though not always) tend to be almost synonymous with the civilizations they attempt to propagate and then defend.

This appears to be the case in the post-Cold War world in which the remaining superpower certainly has imperial status, and, as such, is unrivalled.

I am a former, now retired, senior Italian diplomatic officer. I have spent many years (over 25) in Central Asia (sixteen in Afghanistan).
Related Topic(s): Civilization; Western Hegemony; Western Imperialism, Add Tags
Add to My Group(s)
Go To Commenting
The views expressed herein are the sole responsibility of the author and do not necessarily reflect those of this website or its editors.

The Catholic Church and Italian Politics

The Vatican Scandals: A Never-ending Story

Is Afghanistan Doomed As A "Failed State"?