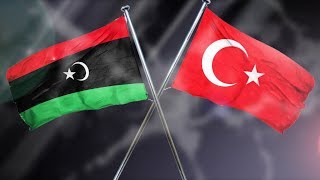 The intended target of the UAE-Israel alliance is not Iran but Turkey, whose regional clout poses a threat to Gulf rulers, says David Hearst, the editor-in-chief of Middle East Eye.

In an article titled - A new message resounds in the Arab world: Get Ankara - Hearst wrote Saturday: Israel had been saying for some time to Arab diplomats that it no longer regarded Iran as a military threat. The head of Mossad, Yossi Cohen, told Arab officials that Iran was "containable".

The new foreign invader threatening the Arab world is not the Persian, nor indeed the Russian - but the Turk as reflected in the speeches at the virtual Arab League conference in Cairo on Wednesday, which endorsed the UAE-Israel relations by rejecting a call to condemn the deal.

At the Arab League Foreign Ministers' virtual meeting the UAE Foreign Minister Anwar Gargash said: "The Turkish interference in the internal affairs of Arab countries is a clear example of negative interference in the region." Gargash accused Turkey of threatening the security and safety of maritime traffic in Mediterranean waters, in a clear violation of relevant international laws and charters and of the sovereignty of states.

Gargash was followed by Egyptian Foreign Minister Sameh Shoukry, who said that Turkish interventions in many Arab countries represented the most important threat to Arab national security. "Egypt will not stand idly by in the face of Turkish ambitions that are manifesting in northern Iraq, Syria and Libya in particular," he said.

Ahmed Abu Al Ghait, Secretary-General of the Arab League, said: "The past period witnessed growing bullying and hostility by regional powers towards our Arab region, and the escalation of interference in the affairs of our Arab countries by two neighboring countries, namely Iran and Turkey."

As for Turkey, Abu Al Ghait said Ankara continued to occupy large parts of the Syrian territories, and began its attacks on Iraqi lands and, recently, it plunged into the Libyan civil war with direct military intervention. Abu Al Ghait said the League is following the situation in Libya with great concern, and hopes that the Libyan parties will reach a permanent agreement and a comprehensive ceasefire.

The chorus of statements against Turkey last week did not go unnoticed in Ankara, Hearst said, and quoted an unnamed Turkish source as saying: "The UAE has been undertaking the job to isolate Turkey in operational levels... They have been financing it. However, the real enablers of this strategy are Israel and some US politicians close to the pro-Israeli lobby. They have been part of any effort to establish an alliance against Turkey. They have been backing the UAE in the interest of the Zionist and Evangelical alliance, especially before the presidential elections in November, which could bring electoral support for their offices."

The Jordan Times, the official voice of the kingdom, published an article in July saying: "Turkish troops and Ankara-backed militias are active in three Arab countries: Libya, Syria and Iraq. This is a geopolitical reality that the Arab world, as well as the international community, must acknowledge and react to.

"In fact, Turkey's territorial, political and economic ambitions in these countries and beyond are advertised by top Turkish leaders including President Recep Tayyip Erdogan.

"Turkey now has military bases in Qatar, Libya, Somalia, Northern Cyprus, Syria and Iraq; and not all with the consent of legitimate governments."

It is disturbing that Arab countries have taken sides rather than work together to stop foreign intervention in their internal affairs. It is feared that this violation of Arab countries will lead to further fractures in intra-Arab ties, paving the way for long-term foreign domination, the Jordan Times concluded.

There are other foreign actors in this push to declare Turkey the new outlaw of the Eastern Mediterranean, Hearst pointed out, adding: