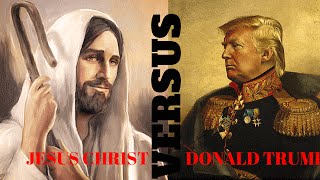 Misgivings about who ran this site can co-exist with legitimate alarm about combined attacks by the FBI, the Times and other corporate media on the political nature - not the accuracy - of its content, writes Joe Lauria.

A website that Facebook and Twitter banned and which they and The New York Times say was being financed from Russia to help President Donald Trump get re-elected, until it was shut down on Friday, published several articles harshly critical of Trump, including one that called him "unstable and unhinged."

It was the site's content, which critiqued both Establishment parties, more than its alleged financing from Russia, that appears to have alarmed U.S. intelligence agencies, corporate media and social media giants, leading to the site shutting itself down.

"The Russian group that interfered in the 2016 presidential election is at it again, using a network of fake accounts and a website set up to look like a left-wing news site, Facebook and Twitter said on Tuesday.

The disinformation campaign by the Kremlin-backed group, known as the Internet Research Agency, is the first public evidence that the agency is trying to repeat its efforts from four years ago and push voters away from the Democratic presidential candidate, Joseph R. Biden Jr., to help President Trump.

Twitter and Facebook acted after the Federal Bureau of Investigation tipped them off. The alleged "Russian operation" was first "detected by the National Security Agency," the Times says. The FBI said it "provided information in this matter to better protect against threats to the nation's security and our democratic processes."

In other words, a very obscure left-wing website, critical of Trump and Biden, was chillingly deemed a "threat" to national security and democracy by America's federal law enforcement agency.

PeaceData ran a rebuttal on Wednesday but questions remain about who ran the site. So far, Consortium News has been unable to obtain contact information for its listed editor, Jake Sullivan.

Misgivings about who ran this site, however, can co-exist with legitimate alarm about the combined attacks by the FBI, the Times and other corporate media on the political nature - and not the accuracy - of the published content. That presents the spectacle of a leading news outlet and two social media companies joining a state security agency in an effort to trample press freedom.

One headline of a PeaceData article that the Times cited as supporting Trump and white supremacist groups was headlined, "Boogaloo Movement: USA Far Right is Growing Thanks to Donald Trump."

Consortiumnews.com was founded by Robert Parry in 1995 as the first investigative news magazine on the Internet. The site was meant to be -- and has become -- a home for important, well-reported stories and a challenge to the inept but dominant (more...)
Related Topic(s): Anti-trump; Russian Hacking; Trump; Website, Add Tags
Add to My Group(s)
Go To Commenting
The views expressed herein are the sole responsibility of the author and do not necessarily reflect those of this website or its editors.