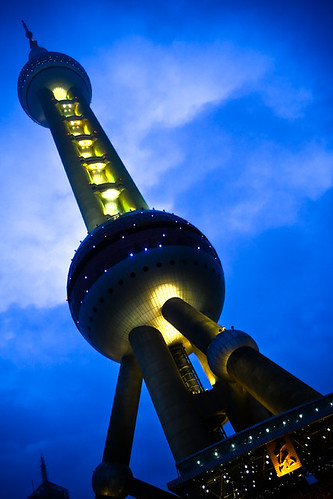 The endless waves of demonizing propaganda that we've been subjected to about China in recent years-as well as about China's fellow socialist nations the DPRK and Cuba-serve to cut those within the range of imperial control off from the knowledge that their lives can realistically be different. The U.S./NATO empire's capitalist ruling class, which seeks to intensify austerity to keep up profits amid imperial decline and economic collapse, can't have the masses they rule over finding out that socialism is succeeding in the world right now.

The bloc of countries that remains very much geopolitically loyal to the United States amid the shift towards a multi-polar world consists of Canada, the U.K., Australia, India, Japan, and south Korea. These are all the countries that are either actively participating in Washington's cold war against China, or that can likely be brought into the fold through imperial unification projects like NATO 2030 (which aims to expand NATO into Washington's Asia-Pacific allies). Otherwise, Washington finds itself increasingly isolated in its efforts to subdue China, simply because China's rise is making it a practical necessity for more and more countries to economically partner with Beijing. Countries like Australia, which is for the most part taking Washington's side in waging asymmetrical warfare against China, are experiencing harmful economic isolation as a consequence.

Even if Biden tries to patch up the harm that Trump's uncompromising bellicosity on China and Russia has created for Washington's relationships with many of its less loyal allies, this cold war will persist due to the empire's insatiable desire to retain global hegemony. This will continue to exacerbate the internal economic stresses and diplomatic frayings that the U.S./NATO empire has lately been experiencing. And these crises, as Justin Trudeau recently assessed, are putting the capitalist ruling class everywhere into an increasingly unstable position: "The world is in crisis. Instead of crossing our fingers and hoping that the big powers will figure this out, let's look at what we can do to make a difference together"Let's not wait for someone else to act, let's do it ourselves."

For the imperialists, this cheery call to action will entail more military buildup, the reduction of wages and social benefits for the global working class, and the tightening of the powers of the police state. The latter development was recently shown in the U.K. government's moves towards passing a spycops law that would allow state-sanctioned murder and rape, and in France's pursuit of a new law that would force Muslim children to get identification numbers. More fascistic policies like these will continue to appear in the coming years, even in liberal "democracies" like Biden's America.

How can the imperialists stop these ever more atrocious realities of life in the pro-Washington bloc from resulting in a rise in class consciousness? How can the spectre of Marx and Lenin be suppressed, with the anger of the masses being diverted towards liberal political camps that don't seriously threaten the system? Through an intense campaign to convince the masses that the ideas of Marx and Lenin aren't worth pursuing, because the current working examples of them are far worse than anything which exists under capitalism.

This is the purpose of the headlines that claim China is committing genocide against the Uyghurs, that portray China as a threat to the freedom of Hong Kong and Taiwan, that demonize China's political system as an oppressive oligarchy that's advancing global imperialist ambitions. This year, a propaganda piece from the Think Tank Development Initiative for Ukraine used such talking points in its attempt to turn Ukrainian public sentiment against China:

The Communist Party of China is nobody's friend, nor true partner; it wants to dominate the world and undermine liberal democracy. It uses investment in strategic infrastructure, elite capture (cultivating powerful individuals), political blackmail, cyberattacks and disinformation, as we have seen in recent years, and especially in the COVID-19 pandemic. The Chinese Dream is turning into a Chinese Nightmare. Deepening relations with China, except if done from a robust position of strength, will certainly jeopardise relations with the US""a country in which opposition to China's new imperialism is the last big topic which unites the Republican and Democratic parties.

These are the deceptions that the imperialists use to portray their increasingly hellish system as the only political order that's worth supporting. They want to invert the reality of what's going on inside China and the other existing socialist countries so that the masses don't make the ideological leap towards supporting Marxism-Leninism. Even though China is virtually the only country whose living standards have been rising this year amid a depression for the capitalist world, the DPRK has experienced virtually no damage from Covid-19, Laos and Vietnam have tackled Covid-19 in similarly effective ways, and Cuba is on the brink of a Covid-19 vaccine despite U.S. sanctions slowing down the progress towards this, these five communist countries are to varying degrees viewed as tyrannies in the anti-communist imagination. This year, the neoliberal Heritage Foundationmade sure that everyone who looks up to it as an authority gets this message about these five countries hammered into their heads:

After 60 years of the "Revolucion," the Cuban people are still waiting for the democratic election that Fidel Castro promised them. Socialist leaders promised to bring down dictators only to replace them with their own Marxist dictatorships in places like China, North Korea, Vietnam and Laos.

Within the religion of anti-communism, all thoughts about class must start and end with this. No matter how necro-political capitalism becomes (and if you think capitalism is bad now, in the coming decades it will produce horrors that we'd like not to imagine), the alternative is without question worse.

An inverted portrayal of the conditions of modern China is central to this. Even though the Communist Party of China just announced that it's eliminated poverty in the remaining few counties where poverty had persisted prior to this year, the Western media seeks to make the American public believe the opposite. These propagandists are doing this by spreading stories (taken straight from NATO, the U.S. government, and the arms industry) that claim there's massive state-sanctioned forced labor within China. They're doing this by portraying the Uyghurs as intensely oppressed, exploited, and detained by a number of at least a million (this figure comes from similarly unreliable studies done by far-right Christian fundamentalists). They're doing this by claiming that China is imprisoning "genuine Marxists," even though these Marxists are actually labor infiltrators from imperialist front organizations like the National Endowment for Democracy (the group that's also been behind the effort to portray Hong Kong's population as oppressed by the CPC).

They're painting the PRC as exactly what the countries in the pro-U.S. empire bloc are: blatantly genocidal towards disfavored groups, ruled by an unaccountable group of oligarchs, and increasingly lacking in human rights for the general population. They're doing this because they don't want us to look beyond the wall of imperialist censorship, narrative manipulations, and culturally ingrained bigotry to see that socialism is working for hundreds of millions around the world.

They want us to remain loyal to the forces of capitalism and imperialism, staying in our respective liberal or reactionary camps. And if we become anti-capitalists, they want us to hold onto our indoctrination about the evil nature of socialist states so that we won't embrace a coherent revolutionary line. Why do you think the imperialists portray China as wanting to "undermine" liberal society, even though China doesn't try to meddle in the affairs of other countries much less foment revolutions? Because the very presence of China's guiding Marxist-Leninist ideology is a threat to the empire. And if they can get everyone to viscerally hate China, they can get everyone to turn away from such a revolutionary consciousness.

Related Topic(s): Austerity; Capitalism; China; Class; Hegemony; NATO; Propaganda; Socialism, Add Tags
Add to My Group(s)
Go To Commenting
The views expressed herein are the sole responsibility of the author and do not necessarily reflect those of this website or its editors.