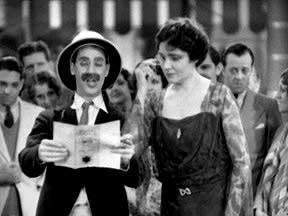 Can we be saved? Can we put Humpty-Dumpty back together again? Is our democracy dying? A few days ago, Vladimir Putin threatened the United States with another Cuban Missile Crisis. (spoiler alert: we don't have John Kennedy this time) Honestly, the remark was made basically for local consumption but it also a message for the diplomats in Washington. Trump renounces a European missile treaty, Russia takes it as an attempt to bring news weapons into Europe. Russia announces a new missile system and hyper sonic weapons,Tit meet tat. John Bolton says what he always says. Never shy, always bellicose, he could get in a fist fight with Mother Theresa. So, then the US Navy sends destroyers into disputed waters of the Black Sea. Putin threatens Armageddon and Trump says...nothing.

The orange one, busy in his executive time lambasting the Media, Mueller and Saturday Night Live. While the leader of a hostile power makes an existential nuclear threat towards the United States and the Cheeto says...Nothing? Let's look at the possibilities, either the administration is playing chicken by ignoring the remark, if we pretend, we didn't hear the remark is the same as they didn't say it. That's one possibility and it sounds pretty risky as your only upside is the status quo. The downside is disintegrating relations, mistrust and possibly war. Are they practicing ninth-grade Machiavellian politics or are they just blundering through?

Another possibility, Trump is a moron detached from reality, oblivious to what is really going on. "The general's spat as the lines on the map they moved from side to side." Animal Crackers! Full Tilt Animal Crackers! The mad king rules the world from his Lazy Boy. Lindsey Graham was attending the Munich Security Conference. It's always Munich, it is a way for diplomats to speak informally behind the scenes. It's important, but not too important so's you'd notice. We'll, you'll never believe what happened next, the Ricardo's got into a fight. Acting Defense Secretary Patrick Shanahan, who we'll call Lucy was rubbing shoulders and telling our allies we'll be leaving Syria by April 30th. Lindsey Graham, who we'll call Ricky in this scenario, he has this part time job. He's the senior U.S. Senator from South Carolina. He's also one of Trump's favorites and he has no idea of U.S. foreign policy. He finds out at the conference and says, Lucy that is dumbest F---ing Idea I've ever heard! He said that in front of the Mertz's and everybody.

What's really going on here, who's really minding the store? Why back in the golden days of American imperialism the C.I.A could overthrow a Latin American government in a week, ten days tops. They were like Dominoes they were everywhere, and they delivered. Now? More like the Taco Bell drive thru at two AM. The orange one sends relief supplies to the Venezuelan border. A here kitty kitty approach, if we leave a saucer of milk on the back porch, kitty will somehow like us. Strangely, these were the same relief supplies that couldn't find their way to Puerto Rico. Could this really be American Foreign policy?

So, while we're all watching the mad king, who is watching the mad king's attendants? The sorcerer's apprenti, like acting defense secretaries. Is this amateur hour or twilight of the Gods? The world is watching, taking its cue from Washington. If murder can be ignored when inconvenient, what is the frame work for any kind of social justice on the planet Earth? After all these eons of human growth and evolution, we've come to this? I'm not so naïve as to believe murder is never used but the orange one's silence speaks volumes to Brutus and Cassius. As an aside, the crosshairs on the infamous Roger Stone post aren't just a crosshairs, they're also a white power symbol. Roger Stone hangs with the proud boys and the President hangs with Stone. It leaves a rancid taste in your mouth of disgust for what the office has become. A taint which won't soon be washed away.

Vice President and invisible man Mike Pence was speaking in Europe as he mentioned the orange one, he paused for the obligatory applause, and didn't get none. Is this Machiavellian? That by seeming to be untrustworthy the Europeans will have to build up their militaries, which is precisely what the Trump administration wants or is this just stupid amateur hour stuff? During the original Cuban Missile Crises, the US ambassador offered to show French President, Charles DE Gaulle photographic evidence of the missile launchers in Cuba. DE Gaulle brushed him aside with the word of the President is good enough for me. Who in their right mind could say such a thing now?

Now suppose, just for the sake of argument. An intergalactic space cruiser lands on the White House lawn. The occupants are very apologetic as they deactivate and load the orange one up into the cargo bay. Explaining, it was a science experiment gone wrong. As they exit the galaxy, we are stuck with the wreckage. Amid all of this, the Cheeto administration regularly feeds the Republican Congressional leadership sh-t sandwiches. Pronouncements from the royal Lazy Boy that they're forced to defend and yet...they take it. Like children afraid to take their medicine afraid of what comes next. In the words of Mel Brooks, "We could lose our phony bologna jobs!"

Because there are no spokesmen only sycophants convinced the sky is green and the grass is blue. These Borman's calculate for personal enrichment, defending their fortunes and their futures, there is no clear-cut message or policy coming from the White house other than, we'll do what we like today, subject to change if we feel otherwise at some later date. That's not policy that's rudderless, just drifting away, frittering away blood fought prestige. Abandoning democratic allies for new despotic friends and murderers, just how do you put that Genie back in the bottle?

Someone forged a nomination for Trump's Nobel Peace Prize...twice! Think about that, it is beyond all comic absurdity. Far beyond Nero or Caligula, he wants a Nobel Peace Prize because Obama got one. A child throwing a tantrum because he didn't get the biggest balloon at the fair. He wants to be crowned king of the world with a Big Mac box on his gut in a recliner while watching TV. Living in fantasy land where the crowds cheer as they process through the biggest inaugural parade ever with tanks and everything! He doesn't even care if he gets his Nobel prize honestly or through fraud. What does that matter, this is America, this is America under Trump. This is Animal Crackers...

Related Topic(s): America; Democracy; Evidence; Fantasy; Media; Obama; Power; President; Putin; Reality; (more...) Republican; Threat; Treaty; Untrustworthy, Add Tags  (less...)
Add to My Group(s)
Go To Commenting
The views expressed herein are the sole responsibility of the author and do not necessarily reflect those of this website or its editors.