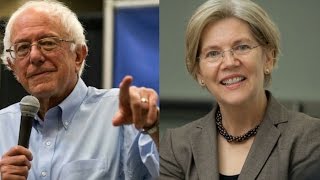 It's been 10 months -- nearly one year -- since Hurricanes Irma and Maria devastated Puerto Rico and the U.S. Virgin Islands.

The federal response has been appalling. Many Puerto Ricans still lack reliable electricity, clean water, or medical care. Many people are still living in homes with tarps as roofs.

For months, I've heard from people across Massachusetts and around the country who are desperately worried about their loved ones back home. Thousands of Puerto Ricans have been forced to abandon their homes and leave for the mainland United States.

Rebuilding efforts have been slow. A big reason why: Long before the hurricanes hit, Puerto Rico was already being crushed with debt that had been snapped up by Wall Street vulture funds. Few investors now want to put money into reconstruction if the debt means the islands don't have a realistic chance at recovering.

This week, Senator Bernie Sanders and I introduced the U.S. Territorial Relief Act -- comprehensive debt relief legislation for Puerto Rico and other disaster-ravaged U.S. territories so they can get back on their feet and recover with dignity.

We've been using every tool in our toolbox to fight for the people of Puerto Rico:

But we also cannot allow people to suffer while Wall Street vulture funds block or delay Puerto Rico's recovery. I've been fighting for debt relief for Puerto Rico for years -- and they need it now more than ever.

This is about more than just economics. It's about our values. It's about who we are as a people, and what kind of a country we want to be.

We won't stop fighting until the people of Puerto Rico and the U.S. Virgin Islands get the debt relief they need to get back on their feet. Add your name here to say you agree -- and demand that Congress pass the U.S. Territorial Relief Act.

Related Topic(s): Housing; Hurricanes; Puerto Rico Devastation; Recovery, Add Tags
Add to My Group(s)
Go To Commenting
The views expressed herein are the sole responsibility of the author and do not necessarily reflect those of this website or its editors.