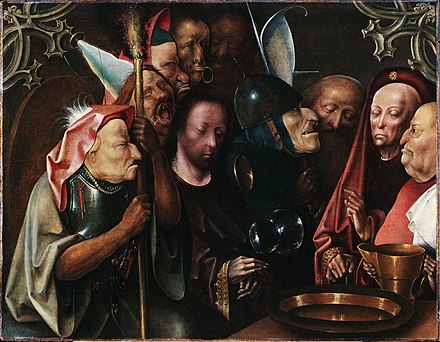 I've decided to write this open letter to you because of what I see as your deafening silence to many issues that are supposedly at the core of your beliefs. Your deliberate lack of being "your brother's keeper," in the face of serious and tragic events that run counter to what you stand for as a professed "follower of Christ." These beliefs leave me to conclude that you're just another died-in-the-wool hypocrite. You who criticize people like me for our lack of belief in your "faith" and your exclusive, "holier-than-thou" attitude, reek of a breathtaking double-standard, and a "we against them" stance. Yes, you have a fundamental right to your beliefs. Heck, you can believe that the "cow jumped over the moon," and that Christmas is all about an over-weight, pot-bellied white man dressed in red, and who shimmies down sundry chimneys. Or we can quibble over the word "miracle" when I argue that a better word would be "magic." You are entitled to your belief and opinion. But NOT the facts.

So, here's why I'll never be a Christian. You and your ilk understood that President Donald Trump allegedly groped women and that was and is tantamount to sexual abuse and harassment. Yet you remained silent and complicit by that muted action. In fact, you rewarded his behavior by voting in the 83 percentile for the President of the United States - that translates to 83 of you Christians voting for a deeply flawed and unprincipled man out of 100 of your Christian brethren. You have remained conspicuously silent when the Administration separated children from their parents at the southern border. These poor desperate people fleeing persecution and violence in South America were exercising their rights under international law to seek asylum elsewhere. And now there are 595 children who were separated from their parents that the Administration cannot find. And yet, you still remain silent and immune to this criminal act, something that you would be up in arms against if that happened in a Third World country, like Africa, that President Trump has called "sh*thole countries."

You've all stood by and watched him hold your Holy Bible upside down and used a church as a prop for a photo opportunity. You said absolutely nothing. Where is your Christian backbone? Where are your guts? Have you forgotten Jesus's behest to "suffer little children to come onto me?" Yet you're vocal and self-righteous when it comes to dictating to others who to love and how they should live, and if public schools should be saying prayers in classes. You get in an angry self-serving Christian tizzy over abortion rights and your indignant stance about protecting the sacredness of all life, arguing that it is God who gives life and man should not take it. But you have no qualms about capital punishment that is nothing more than "an eye for an eye" something that Christ rejected in the New Testament.

And you Christians attack the pro-choice movement and say nothing about the millions of children dying daily due to inhuman, un-Christian and criminal sanctions slapped on poor countries that we do not agree with like Iran and Venezuela. Apparently, these children killed for a lack of medicines, food and other basic things are not "Christian" enough or are of little consequence. You have not spoken out against the criminal bombardment of countries like Syria and Iraq that have cost the lives of literally millions of innocent people.

By your attitude you've selectively used you Christianity as a privileged crutch that only applies to "all-American (white) kids" and the inherent domain of "American exceptionalism." Only these children are important, worthy and necessary in your "Christian nation." The "others" in society and across the world are just expendable, inferior manifestations of God's creations, and can be sacrificed on the altar of white, Christian privilege. That's why you are all a bunch for raving hypocrites! You do not practice what you preach! Today in America in places like New York City about one million children go hungry each night. Over 25,000 will either sleep in shelters or on subways or on the trains. At the same time, this Administration cannot find the wherewithal to even give 32 million poor unemployed Americans an extra pittance of $600 of their OWN money while paying billions to just over 600 of America's most wealthy. You sit back in silence and watch one of the largest transfers of wealth from poor to super-rich in American history - and you have nothing to say. Moreover, in just 30 days 8 million Americans have now joined the ranks of the poor. How can you as a Christian look the other way in the face of such social devastation?

I know. I know. You're going to make all kinds of excuses and find some Bible verse to justify things. And you who are pushing the "Prosperity Gospel" that embrace greed and selfishness as cornerstones of a new religion that worships money and wealth as somehow compatible with Christianity. You refuse to speak out about the rapacious greed practiced by the so-called "mega-churches" and their charismatic leaders who fly around the world in private jets, wear thousand-dollar suits, live in mega-mansions, and who urge their membership to give more and more money. Why are you silent? Why are you not enraged over this perversion and monument to selfishness and greed?

And don't start by falling back on the now outmoded defense of "being a non-Christian you can't understand." That's just plain stupid. For the record I don't believe in Satan either. And no, I do not go around touting my being "saved" and how I'm a "born again Christian" walking in the "Lord's footsteps." You cannot have it both ways. You need to walk the walk and not close a blind eye to the very real immoral and other issues that are now embarrassing America. Doing this is to deny your "Christian responsibilities." You have ceased to be a Good Samaritan and have sold your very soul to Beelzebub. Then there is the COVID-19 Pandemic that's ravaging America and killing thousands of people every day. You are more interested in your church's congregation re-opening for Sunday services and the potential for big monetary contributions, than the health and wellbeing of your members. Many of you have been promoting the narrative that this deadly virus is a hoax and somehow God's punishment for "sinners." Why! You're no different to the politicians doing their fear-mongering!

Then there is my fundamental disagreement with Christians and religious zealots who push THEIR religion as a panacea for all of the ills that now face humanity. Apart from their smug, self-righteous posturing about how great "my God is" obliquely intimating that any other God is less important, Christians keep professing "God is love" and how He offers eternal life through his son Jesus Christ. And my beef is that these poetic, rapturous words and language are responsible for creating this fantasy alternative world-view that have people hooked on Christianity and indeed religion in general. Its make-believe language and imagery at its very best is designed to present an unsubstantiated, unproven, evidence-lacking untruths and tall-tales presented as, pardon the pun, "gospel facts."

Related Topic(s): Alternative; Christian Terrorism; Harassment; Jesus; Letters; OPPORTUNITY; Persecution; Violence, Add Tags
Add to My Group(s)
Go To Commenting
The views expressed herein are the sole responsibility of the author and do not necessarily reflect those of this website or its editors.