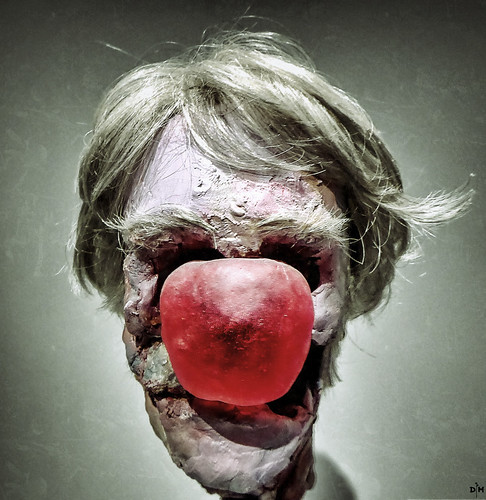 Simply choosing to embrace the "American" identity comes with a mountain of baggage. The United States was built on, and continues to exist through feeding off of, the genocide and exploitation of colonized peoples. This fact gives an often easy-to-ignore, but nonetheless dark, significance to flying the U.S. flag or doing anything else patriotic to the imperialist settler-colonial state.

What happens when those who've for so long been able to passively embrace this identity are confronted with the baggage? What happens when conditions force society to focus on issues like systemic racism, economic injustice, and the ecological fallout from capitalist extractivism, and when the ruling American ideological hegemony therefore becomes challenged? These contradictions within the empire--along with the issue of imperialist wars abroad to a lesser extent--have lately been making it harder for Americans to remain in a passive bubble where their ingrained beliefs don't have to be questioned.

With the escalation of capitalism's crises comes the changing of social conditions, even in the core of global imperialism with its (relative) detachment from the conditions of the exploited world. Some within the oppressor country are responding to the crisis by doing their best to become assets for the anti-imperialist movement, and by following this goal to its ultimate conclusion of a Marxist revolutionary line. But in alternative to this heroic route are political indifference (which itself very much impacts the direction of history by keeping the current system intact), and turning towards fascism.

There are a variety of ways one can come to embrace a fascistic mindset, depending on one's established political leaning. But all of them come from the basic motivation of wanting, at all costs, to preserve the existing social order. Right-wingers have come to accept Gestapo-style crackdowns where mysterious federal agents detain protesters in unmarked vehicles. The more enthusiastic racists have come to cheer on an ICE anti-immigration campaign where people in detention centers are being forcibly sterilized and put into unsanitary conditions. Such horrors are easy for left-leaning types to oppose. But what about when more fundamental American practices are called into question?

What about when it's suggested that capitalism should be overthrown? Or that the U.S. has no right to exist because it's all built on stolen land? Or that Zionism is an innately immoral ideology that extends from Euro-American colonialism? Or that Washington's economic-warfare and military campaigns against countries like north Korea and Syria are based in imperialist lies? How often will patriotic American liberals and "progressives" respond to the challenging of these conventions by coming to the side of the radicals?

In many cases, the impulse for someone who's been entrenched within the current system is to dig their heels in. If Americanism can't be abandoned, then all the injustices that Americanism requires in order to exist aren't worth opposing either. Israel? It has the right to keep occupying Palestinian land because this is supposedly crucial for protecting the Jews. The economic sanctions against north Korea that hurt the country's people? They're necessary for countering the regime of the supposed dictator Kim Jong Un. Such are the rationalizations of social fascism, the ideology that the moderate wing of the capitalist reaction takes on when faced with a crisis.

These rationalizations serve to keep Americans, even the "progressive" ones, comfortable with the continuation of empire by making all of imperialism's ongoing atrocities seem justified. The fact that colonialist and imperialist violence won't end for as long as the United States exists is pushed aside by these narratives, in favor of idealistic visions of the U.S. changing into a "democratic socialist" society. As the World Socialist Website has written about the vacuousness of the political line of social democrats like Alexandria Ocasio-Cortez:

Ocasio-Cortez feeds on "half-thoughts" in the sense that she criticizes social inequality, global warming, etc., but refuses to say anything about the social and historical conditions that produce these maladies and the political forces responsible. She proposes curing inequality by supporting the Democratic Party, one of the two parties that promoted it. She proposes to attack the wealth of the rich without attacking the social system upon which this wealth is based.

These "half-thoughts" are naturally what first come to the minds of many when they start seeking out alternatives to the neoliberal duopoly. Americans enter left-leaning politics with all the basic assumptions about the world that go along with the American identity (the U.S. is a legitimate state, capitalism is the best system, Zionism is good, etc.), and the role of politicians like Ocasio-Cortez is to prevent them from then challenging these assumptions.

Social-democrat politicians will make politically unorthodox moves at times, like when Ocasio-Cortez recently backed out from an event honoring an Israel war criminal. But these moves represent the bare minimum of how the evils of empire can be objected to, and they ultimately won't prevent the country's march towards an Americanized fascism. Not even an FDR liberal can be voted into the highest office in the country without being blocked by oligarchic electoral manipulations--the last two presidential elections have shown this. This means the rightist swing of the Democratic and Republican parties will continue, unabated by ineffectual protests from the Democratic Party's progressive wing.

Under the likely incoming administration of Biden and Harris, mass incarceration will be left intact. The wars will go on. Obama-style coup attempts will be carried out in Latin America. Essentially no legislation will be proposed to reduce corporate power. And as part of the push towards cold-war escalations with China and Russia, an American national chauvinism will be imposed that reflects what Branco Marcetic describes in regards to Kamala Harris:

Just look at these clips [linked in the article] of a forty-four-year-old Harris explaining in August 2008--as poverty, war, and a ballooning housing crisis gripped the country and her state in particular--what would be different about the country after eight years of her presidency: that "we would be willing to embrace the idea that we actually have an incredible talent pool," that the US would have "a population of people who were informed not only about the great history of our country, but also world history," and that "we all would decide proudly that we are all, as Americans, patriots," all of whom would wear flags on their lapels.

In the imperial core, reformist and "democratic-socialist" politics are a trap that leads toward social fascism. The residents of this country can choose one of the political camps that advocates for sacrificing the lives of imperialism's victims to preserve the empire, or choose to embrace revolutionary socialism and commit to overthrowing the capitalist state.

Related Topic(s): Genocide; Israel; Palestinian; Poverty, Add Tags
Add to My Group(s)
Go To Commenting
The views expressed herein are the sole responsibility of the author and do not necessarily reflect those of this website or its editors.