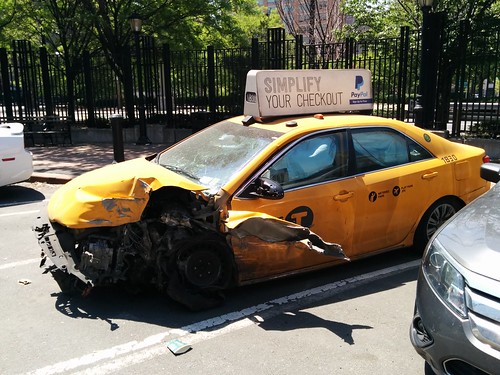 Max Weber once remarked that politics is not like a taxicab: you can't stop at a corner and say, "I want to get off." Ideologically-inspired action tends to generate dynamics that become increasingly radical and intense. This is how best to understand the events of January 6th, 2021 - and understand who is to blame. Four years of incessant neo-fascist propaganda, police violence, and political polarization set the stage for an event where anywhere from twenty to eight-thousand insurrectionists descended on Washington DC. They wanted to protest the president's electoral defeat and expose the supposed threat to democracy posed by manifold conspiratorial agents including the "deep state." Countless extremists in the crowd then stormed the Capitol building in some strange caricature of 1789 or 1917, when insurrectionists wound up sitting on thrones, destroying artifacts and paintings, breaking into offices, and forcing leading politicians to flee for safety.

There are no "two sides" to this story. Thirty hours after the attempted putsch, six are dead, far more are wounded, and the Capitol building is a wreck. It was only at this point that President Trump addressed the nation by video. Assuring his audience that a peaceful transfer of power to President-elect Joseph Biden would take place on January 20, 2021, Trump disavowed those "special people" who, earlier, he claimed to "love." They were quite a group. One was wearing a "Camp Auschwitz" hoodie. Another wore a T-shirt proclaiming "6 million was not enough!" Others were in pseudo-military gear, and there were lots of red hats bearing Trump's slogan: "Make America Great Again!" The slogan could just as well have been "Make America White Again!" - there was hardly a single person of color among the insurrectionists. And that only made sense. One idiot was waving a huge confederate flag and another, apparently a "shaman" for the utterly bizarre and conspiracy-obsessed "Q-Anon," was wearing a fur hat and horns on his head.

How had it come to this? There has been a tradition intent on delegitimizing the republic since the Civil War, based in roughly the same agrarian parts of the Midwest and the South. It is impossible to forget the rhetoric and violence employed from the time of the Ku Klux Klan to that of the segregationist white councils of the 1950s and 1960s. In short, there was a mass base in waiting as 2021 neared. Driven by white nationalism and authoritarian impulses, its partisans wanted a return to the "true" America, where women cooked in the kitchen, gays stayed in the closet, immigrants performed menial chores, and people of color were kept out of sight.

Crystallized in Trump's slogan "America First!" - which was lifted from the quasi-fascist movement of the 1940s - this idealized and falsified image of the nation seemed increasingly threatened. Reactionary propaganda identified feminists with baby-killers, liberals and socialists with "communists," immigrants with "criminals and rapists," BLM with fomenting a race war, scientists with falsely exaggerating the number of COVID deaths, and mainstream politicians with forcing "the people" to wear masks. Clusters of such subversives working in tandem with a corrupt and conspiratorial "deep state" seemed to justify Trump's desire to "drain the swamp" of bureaucracy and corruption in Washington.

The president's purge targeted not only Democrats but also "weak" Republicans. The latter were the "center-right" moderates connected with President George W. Bush's two failed wars in Afghanistan and Iraq, the "great recession" of 2007-2009, and what had become an ideological vacuum within the party. Even before the election of President Barack Obama, the Tea Party had begun formulating a new agenda with its populist combination of white nationalism, suspicion of the federal welfare state, and fear of conspiracies being hatched not outside but inside the government against "the will of the people."

Victories in local and state elections by Tea Party candidates, and the emergence of a reactionary political infrastructure, set the stage for Trump's win in 2016. A well-known real estate developer and host of the television game show "The Apprentice," he conquered seventeen mostly "moderate" and establishmentarian rivals for the Republican nomination; soon enough they would either fall in line with the new president or find themselves ostracized by the party. With the electoral triumph of Trump, against all odds, the political impulses driving the Tea Party were electrified: its racism morphed into white nationalist hysteria, suspicions about the federal government turned into obsessions with the "deep state," and paranoid fears about hidden conspiracies became transformed into Q-Anon's bizarre claims that the Democrats were being led by "Satanic pedophile elites" intent on destroying the nation.

Trump's enemies counterattacked. They subjected everything about his person and his policies to scrutiny and criticism, including his lack of a healthcare policy, tax cuts for the rich, deregulation of industry, sale of public lands, denial of climate change, inhuman immigration policies, blatant racism and sexism, incompetence regarding the pandemic, endless tweets, and countless foreign policy blunders. Trump fumed; he was not ready for a dialogue. Blunt denial and lying were sufficient responses to the "fake news" perpetrated by The New York Times, The Washington Post, MSNBC, and CNN. After all, his mass base had never taken any of these Eastern liberal media outlets seriously. FOX was a far better bet; it reported the news as Trump felt it should.

STEPHEN ERIC BRONNER received his B.A. from the City College of New York and his Ph.D. from the University of California: Berkeley. Member of over a dozen editorial boards, Professor Bronner has also worked with US Academics for Peace and Conscience (more...)
Related Topic(s): American Center For Law And Justice; American Dream; American Exceptionalism; American Exceptionalism; American Republic; Americans For Responsible Leadership; Americans For Responsible Solutions; Capitol; Censure; Citizens; (more...) Coup; Government; Nationalism; Power; Purge; Reactionary; Speech; Voting, Add Tags  (less...)
Add to My Group(s)
Go To Commenting
The views expressed herein are the sole responsibility of the author and do not necessarily reflect those of this website or its editors.

Afghanistan: new Reflections on Another Failure

Israel and Qatar: The Ongoing Dialogue