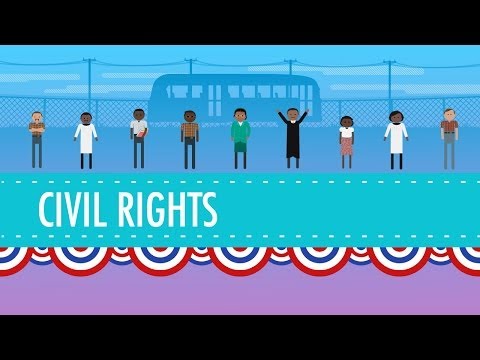 Produced by the military/security complex, media, and Democrat Party

I have provided evidence that the military/security complex, using the media and the Democrats, intends to turn the November election into a color revolution -- Click Here and Click Here and Click Here . The CIA is very experienced at color revolutions, having pulled them off in a number of countries where the existing government did not suit the CIA. As we have known since CIA Director John Brennan's denunciations of President Trump, Trump doesn't suit the CIA either. As far as the CIA is concerned, Trump is no different from Hugo Chavez, Nicolas Maduro, Charles de Gaulle, Manuel Zelaya, Evo Morales, Viktor Yanukovych, and a large number of others.

Russiagate was a coup that failed, followed by the failed Impeachgate coup. Faced with Trump's reelection and the realization that upon reelection Trump will be able to deal with the treason against him, the Deep State has decided to take him out with a color revolution.

The evidence of a color revolution in the works is abundantly supplied by CNN, MSNBC, New York Times, NPR, Washington Post and numerous Internet sites funded by the CIA and the foundations and corporations through which it operates, all of which are committed to Trump's ejection from the Oval Office. The American public does not realize the extent to which the institutions of a free society have been penetrated and turned against freedom. All of these media organizations are establishing the story in the mind of Americans that Trump will not leave office when he loses or steals the election and must be driven out.

Emails are arriving from readers in the UK and Europe reporting that the British and European media are at work preparing the acceptability of the CIA's color revolution against President Trump. It is taken for granted by both media and politicians in Europe and the UK that Trump cannot win reelection because he (1) is a Putin agent, (2) abuses the power of his office, (3) represents racist "Trump Deplorables," (4) is a womanizer"grab them by the p*ssy," (5) is responsible for America leading the world in Covid-19 cases and deaths, (6) doesn't support NATO (a sinecure for many Europeans), (7) is an outsider and not a member of The Establishment and "is not like us," (8) "has orange hair" (orange is considered a low class color). You can add your own to the list.

The scenarios for what the American, British, and European media assume to be a necessary color revolution to drive Trump from office are:

The scenarios do not accommodate Trump actually winning the election by the vote of the people. That outcome is outside the possibilities. According to the media, Trump can only lose or steal the election.

With Antifa and Black Lives Matter now experienced in violent protests, they will be unleashed anew on American cities when there is news of a Trump election victory. The media will explain the violence as necessary to free us from a tyrant and egg on the violence, as will the Democrat Party. The CIA will be certain that the violence is well funded.

Trump, isolated in his own government, which has failed to bring charges against the Obama regime officials who tried to frame the President of the United States and drive him from office -- Barr and Durham represent The Establishment, not the President or law -- will be cut off from Twitter, Facebook and from the print and TV media. All Americans and the world will hear is that Trump lost and must go or Trump won by vote fraud and must go. It will be impossible for Trump or anyone to refute the charges. The weak-minded, weak-willed Republicans will collapse. Republicans are not people capable of combat. Republicans believe that to disparage the military/security complex is unpatriotic. Thus, they are sitting ducks.

The CIA, the National Endowment for Democracy, Radio Liberty, etc., have used color revolution against others who stood in the way of the American National Security State. Only Maduro has survived them. So far.

American Democracy is on the verge of being ended for all times, and the world media will herald the event as the successful overthrowing of a tyrant.

Related Topic(s): American Hegenomy; American Peoples Congress; American Presidents; American Terror; Democracy; Election; Revolution; Trump, Add Tags
Add to My Group(s)
Go To Commenting
The views expressed herein are the sole responsibility of the author and do not necessarily reflect those of this website or its editors.