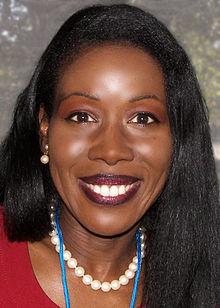 That such an odious man could attract the votes and continued support of some 40 percent of Americans is stark testimony to depths of that psychic break.

Ms. Wilkerson is troubled by hypocritical Americans who are "proud to be an American," but who reject any responsibility for the country's original sins of racial discrimination and ruthless exploitation of indigenous Americans and African-Americans. Thus, she excoriates Americans who claim, "I had nothing to do with how all of this started. I have nothing to do with the sins of the past. My ancestors never attacked indigenous people, never owned slaves" (p. 16).

Instead, she confronts such boasting, but irresponsible, escapists with a metaphor of "an old house;" arguing that we all live in an old American house and "as current occupants of a property with stress cracks and bowed walls and fissures built into the foundation"[we] are the heirs of whatever is right or wrong with it" (p. 16).

"The owner of an old house knows that whatever you are ignoring will never go away" (p. 15). Thus, it is our responsibility to make the necessary repairs or accept the consequences of further deterioration. Simple pride in being a thoughtless occupant of the American house doesn't cut it.

She adds, "Like other old houses, America has an unseen skeleton, a caste that is central to its operation as are the studs and joists that we cannot see in the physical buildings we call home" (p. 17).

Further, she defines a caste system as "an artificial construction, a fixed and embedded ranking of human value that sets the presumed supremacy of one group against the presumed inferiority of other groups on the basis of ancestry and often immutable traits, traits that would be neutral in the abstract but are ascribed life-and-death meaning in a hierarchy favoring the dominant caste whose forebears designed it" (Ibid.).

Caste "embeds into our bones an unconscious ranking of human characteristics and sets forth the rules, expectations, and stereotypes that have been used to justify brutalities against entire groups within our species. In the American caste system, the signal of rank is what we call race, the division of humans on the basis of their appearance. In America, race is the primary tool and the visible decoy, the front man for caste" (p.18).

Walter C. Uhler is an independent scholar and freelance writer whose work has been published in numerous publications, including The Nation, the Bulletin of the Atomic Scientists, the Journal of Military History, the Moscow Times and the San (more...)
Related Topic(s): American Capitalism; American Exceptionalism; American History; American Indian; American_History; Trump; Trump Attacks Obama; Trump Bigotry; Trump Evangelicals; Trump Hates Immigrants; (more...) Trump Nightmare; Trump Racism; Welfare; White Nationalism; White Supremacy; White Trash, Add Tags  (less...)
Add to My Group(s)
Go To Commenting
The views expressed herein are the sole responsibility of the author and do not necessarily reflect those of this website or its editors.