Geothermal Power Could Save the Earth 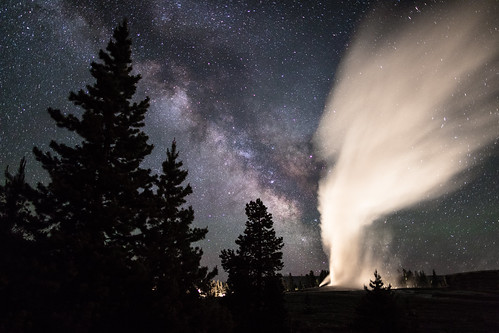 There are hydrogen-run vehicles in other countries, primarily; America still produces combustion vehicles that have killed the ozone layer. It's almost as a veil, threadbare at best, and nobody is reacting.

Yellowstone could have saved all of us, yet this huge provider of geothermal power is not utilized, so it will blow up the sky and kill the planet, with ash alone. It's a super-volcano, and the idea that a conversion plant could be thrown on it, yes, it would be a small building, we could have vehicles that are silent, and the emission is pure water!

Iceland runs their entire country on geothermal energy; one can rent a hydrogen powered vehicle. An Icelander gets their heat, hot water, and fuel through the geothermal system that country has developed. So why does America have few hydrogen pumps for those here that have them? If we don't tap into Yellowstone, it's literally the planet's existence that is in immediate peril!

I am an activist working for positive progressive change in our unfeeling society. I promote disarmament, equality, in all forms. I also am for animal rights
Related Topic(s): American World Service Corps Congressional Proposa; Power Blackout; Power Consolidation; Powers That Be, Add Tags
Add to My Group(s)
Go To Commenting
The views expressed herein are the sole responsibility of the author and do not necessarily reflect those of this website or its editors.

America Is In Dire Need Of Geothermal Power