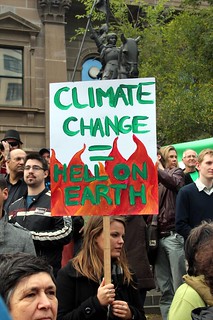 Much attention in the last couple of months has been devoted to the lack of diversity in mainstream environmental organizations. While just under 40 percent of the U.S. population is people of color, they make up less than 16 percent of employees at environmental institutions. It is important to note that in 2042 people of color are expected to be the majority of our population.

There is general agreement that diversifying U.S. environmental organizations is important. Diversifying funding of grassroots and social justice efforts may be of equal or greater importance. A 2001 report, Green of Another Color: Building Effective Partnerships Between Foundations and the Environmental Justice Movement, found only 4.3 percent of all environment-related funding was dedicated to environmental justice.

In 2012, a decade later, the National Committee for Responsive Philanthropy produced its report, Cultivating the Grassroots: Winning Approach for Environment and Climate Funders, that found environmental funders spent $10 billion between 2000 and 2009. However, only 15 percent of environmental grant dollars benefited marginalized communities, and only 11 percent advanced "social justice" strategies.

While some funding improvements were made over the decade, the NCRP report concluded that the current environmental funding strategy is not winning and that this outcome would not likely change significantly until philanthropy begins targeting funding at communities most impacted by environmental harms. The report offers a four-point roadmap for "funding the grassroots to win:" Fund work that benefits communities of the future; invest 25 percent of grant dollars in grassroots action; build supportive infrastructure; and take the long view, prepare for tipping points.

The NCRP recommendations, if implemented, would be transformative and would represent a sea change from where we are today in funding environmental work in the United States. No case better fits this gap and need than climate change. This "call for funding diversity" must not be limited solely to grassroots community groups and environmental and climate justice leaders. In order for the nation to make headway on the climate change front, we need our mainstream environmental organization friends and philanthropic allies who supported the People's Climate March to join us in supporting the recommendations for diversifying funding and building an infrastructure of "grassroots" efforts, ethnic-based networks, and regional environmental and climate initiatives--better known as the Climate Justice Movement. That's how we put together a winning team to effectively battle climate change, reduce vulnerability, protect public health, create a just transition, and build community resilience to natural and human-made disasters.

Robert D. Bullard is Distinguished Professor of Urban Planning and Environmental Policy in the Barbara Jordan-Mickey Leland School of Public Affairs at Texas Southern University in Houston. His most recent book is entitled "The Wrong Complexion (more...)

Related Topic(s): Climate Change; Climate Change Deniers; Climate Gap; Community; Disasters; Diversity; Environment; Funding; GrassRoots; Justice; (more...) March For Justice; Vulnerability, Add Tags  (less...)
Add to My Group(s)
Go To Commenting
The views expressed herein are the sole responsibility of the author and do not necessarily reflect those of this website or its editors.

Dumping in Dixie: TVA Toxic Spill Cleaned Up and Shipped to Alabama Blackbelt

Why a U.S. "Southern Initiative" on Climate Justice is Needed

MLK Day 2013: Why Transportation is Still a Civil Rights Issue

Over 60 Percent of BP Waste Dumped in Minority Communities