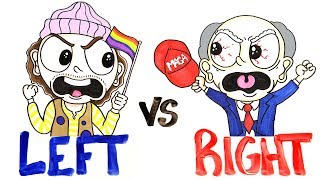 What we saw at the Democratic Party's Iowa caucuses wasn't a failure of technology. It was a failure of values.

This failure casts a shadow on the party's ability to carry out its basic responsibilities. Worse, it suggests that its leaders care more about helping their friends than serving the public interest.

It's no exaggeration to call this a crisis of legitimacy. Like the GOP, the Democratic Party holds a position that is unique among democracies. It is, in effect, one half of a state-sponsored duopoly that controls electoral politics. That kind of unaccountable power is detrimental to democracy. As long as it exists, however, it confers an obligation to serve the interests of democracy.

The Republicans have made it clear they couldn't care less. But the GOP's abdication places an even heavier burden on Democrats to uphold basic democratic standards: by rejecting cronyism and oligarchy, promoting transparency, and ensuring that every person's vote counts.

They failed to uphold this burden in Iowa, and not for the first time.

This kind of behavior undercuts Democrats politically. To put it in today's corporatized vocabulary, "democracy" is the party's brand and lately they've been trashing it.

On its face, the level of incompetence leading up to the Iowa fiasco seems almost incomprehensible:

First, a party that has spent the last three years talking about data hacking took a manual process and shifted it onto on one of the most hackable devices in the world: a cell phone.

Then, having created a vulnerability where there had been none, it spent more money protecting itself from this self-created vulnerability.

The technology in question was then rushed into production without proper training for its users, when the stakes for democracy were high and the whole world was watching.

It all makes perfect sense once you realized that the software was only a secondary concern for the people involved. Max Blumenthal reports that Shadow Inc, the software company that produced the app, had ties to the Buttigieg campaign both as a contractor and (through its top funder) as a donor. ("Shadow Inc"? Really? Were all the best evil names taken, like "Spectre" and "Hydra?")

Shadow Inc's website says that its employees are veterans of the Clinton and Obama campaigns, as well as the DNC -- although, like the Men in Black, it refuses to identify its operatives by name. This reinforces the sense of an insider clique with an interest in the caucus results, rather than a team of the most qualified tech experts.

Related Topic(s): Crisis In Confidence; Democratic Party; Democratic Values; Iowa Caucus; Max Blumenthal; Politics, Add Tags
Add to My Group(s)
Go To Commenting
The views expressed herein are the sole responsibility of the author and do not necessarily reflect those of this website or its editors.