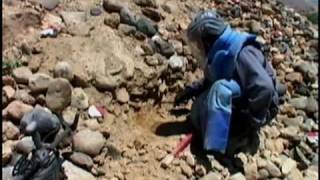 "No other country in the world symbolizes the decline of the American empire as much as Afghanistan. There is virtually no possibility of a military victory over the Taliban and little chance of leaving behind a self-sustaining democracy facts that Washington's policy community has mostly been unable to accept". It is a vestigial limb of empire, and it is time to let it go."

This is the voice of American imperialism speaking through one of its more reliable hand-puppets. Foreign Policy has twice named Robert Kaplan one of the "Top 100 Global Thinkers." In his op-ed, Kaplan blames Afghanistan's current problems on the illegal US war on Iraq in 2003, adding parenthetically and without further explanation: "which I mistakenly supported." The unintended joke here is that he frames the Iraq War as a mistake largely because it diverted the US from nation-building in Afghanistan. Yes, he says exactly that. He has nothing to say about either war's criminality or US atrocities. Those are not serious concerns for the imperial mindset, those are just the necessary inconveniences of maintaining an empire. He even appears unaware that his formulation about Afghanistan and the decline of the American empire perfectly fits the historical reality of US defeat in Vietnam.

On New Year's Eve, the day before Kaplan's op-ed, the lengthy lead story in the Times was headlined: "CIA-Led Afghan Forces Leave Grim Trail of Abuse." This report is based on months of reporting on night raids, torture, and summary executions of Afghan civilians carried out by CIA-trained death squads, euphemistically called "strike forces" in the paper. The instances described in the report are horrifying and savage. In one, the death squad puts bags over the heads of two brothers, executing them with their families in the next room. For good measure, the death squad blew up the room where the bodies lay.

Perhaps it's just another sign of American psychic numbing, but the Times story seems to have provoked little response from other media, from politicians of any stripe, or from the public. More American war crimes in some Muslim country? Well, Happy New Year!

The US invaded Afghanistan on October 7, 2001, under Operation Enduring Freedom, accusing the Taliban of harboring some of the 9/11 attackers, most of whom were Saudis. More to the point, the US has been creating havoc in Afghanistan at least since 1979, when we started training the mujahedeen to fight the Russians only to receive "our" Islamist radicals' blowback at the Twin Towers. Afghanistan is a country about the size of Texas with a population of about 35 million (almost 40% literate). Some 63% of the population is under 25 years old and so has little conscious memory of a time when Afghans weren't the targets of the American war machine.

Presently the US has about 14,000 troops in Afghanistan, but nobody now quite knows how long they'll be there. Mostly what US troops do is protect the official government from the apparent majority of the population that prefers the Taliban or some imaginary other option. The Afghan government controls little more than half the country most of the time. All sides have been killing civilians at the rate of about 8,000 a year for several years now, with the US and allies doing most of the killing. At least 18 CIA operatives were killed in Afghanistan from 2001 to 2017. This disproportionately deadly toll has not done much to win the hearts and minds of the people, but in 17 years, the US hasn't figured out how to do anything else better than create carnage.

The CIA-run death squad campaign isn't new, but it has been seriously expanded during the past two years. Death squad personnel run into the thousands, mostly Afghans, but are recruited, trained, equipped, and controlled by CIA agents or CIA contractors. They operate independently of the US military command, typically without the military's knowledge. They are effectively terrorist cells. They carry out night raids, long opposed by the Afghan government and the population at large. The night raids target civilians the CIA thinks it has reason to assassinate or capture and torture. The Times report describes survivors of night raids, all of whom insist on their innocence. There is no official accountability for these terrorist tactics:

"A spokeswoman for the C.I.A. would not comment, nor would Afghans directly involved with the forces. Afghan security officials in Kabul tried to play down the level of the forces' autonomy and the nature of their abuses. When pressed with details of specific cases, they did not respond."

And there is no evidence that these terrorist tactics are doing any good in a country that has despised foreign invaders for centuries. Virtually the same US terror tactics failed spectacularly in Vietnam. There the CIA mounted the infamous Phoenix Program to terrorize South Vietnamese villages with CIA-run death squads who "neutralized more than 80,000 real or suspected Viet Cong.

Once Osama bin Laden escaped capture in 2001, the US war in Afghanistan lacked any clear mission. The Bush administration and the military shifted their attention to making war on Iraq instead. Failing to disengage sensibly from Afghanistan, the US let the war drift on mindlessly. In 2009, President Obama declared Afghanistan the "smart war" and decided to escalate it without really figuring out why. Obama relied particularly on CIA drones to kill massive numbers of people, mostly civilians, ultimately to no useful purpose.

In 2016, President Trump campaigned on getting out of Afghanistan. Once in office, Trump appointed Mike Pompeo to run the CIA. Pompeo set out to expand CIA killing, particularly with the death squads discreetly called "strike forces" by the Times. This paramilitary escalation, primarily against the Taliban, was first reported in October 2017, creating little stir. Six months later, the CIA still denied the story was true. In the fall of 2017, Pompeo expressed US policy this way:

"We can't perform our mission if we're not aggressive. This is unforgiving, relentless. You pick the word. Every minute, we have to be focused on crushing our enemies."

At the same time, the Institute for Public Policy had a different perspective, offered by former State Department career officer Matthew Hoh, who served in Afghanistan. Hoh had resigned in 2009 in protest against the Obama administration escalation of the war there. Calling the 2017 CIA's expanded death squads part of "the broader war campaign of the United States in the Muslim world," Hoh accurately predicted:

"This CIA program of using Afghan militias to conduct commando raids, the vast majority of which will be used against civilians despite what the CIA states, falls in line with American plans to escalate the use of air and artillery strikes against the Afghan people in Taliban-held areas, almost all of whom are Pashtuns. Again, the purpose of this campaign is not to achieve a political settlement or reconciliation, but to brutally subjugate and punish the people, mostly rural Pashtuns, who support the Taliban and will not give in to the corrupt American run government in Kabul."

Since 2001, the US has watched passively as three presidents waged war on Afghanistan, each committing war crimes and crimes against humanity that would surely, in a just society, constitute impeachable offenses. For all the public splutter of self-designated serious people over the possible withdrawal of 2,000 US troops from Syria, the absence of real reaction to how badly it's all going in Afghanistan is sort of amazing (or would be for anyone still capable of amazement).

Vermonter living in Woodstock: elected to five terms (served 20 years) as side judge (sitting in Superior, Family, and Small Claims Courts); public radio producer, "The Panther Program" -- nationally distributed, three albums (at CD Baby), some (more...)
Related Topic(s): Afghanistan War; CIA; Death; Taliban; Torture, Add Tags
Add to My Group(s)
Go To Commenting
The views expressed herein are the sole responsibility of the author and do not necessarily reflect those of this website or its editors.