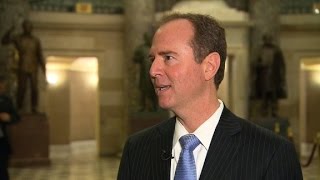 US Rep. Adam Schiff, Democrat from California and chairman of the House Intelligence Committee, had no qualms about lying through his teeth in his opening statement prior to the testimony of Acting Director of National Intelligence Joseph Maguire. Everyone present had read the transcript of the telephone conversation between President Trump and Ukrainian President Zelensky, and everyone knew that what Schiff, who said he was reading from the transcript of the telephone call, was saying was not in the transcript. How can it be that the chairman of a House committee in a room full of news-persons and TV cameras has no qualms about intentionally misrepresenting the written record in order to make it conform to the lies the Democrats and their stable of corrupt presstitutes have spread about a telephone call revealed by an alleged whistleblower, a likely Democrat operative, who claimed to have heard it second hand.

When I was a member of the Congressional staff, any Representative who so dishonored a committee of the House and the House itself as Schiff has done would have been reprimanded, brought before the Ethics Committee, and forced to resign. But the Democrats have ground integrity under their heel in their fanatical determination to prevent Trump's reelection.

In his opening statement Adam Schiff further showed his total lack of integrity in his assault on the integrity and character of Joseph Maguire and made wild and irresponsible charges probably never witnessed previously in the halls of Congress.

The transcript of the telephone call shows that what the alleged whistleblower said is false. Yet in the face of the evidence, Adam Schiff speaks as if the evidence does not exist and that the alleged whistleblower's second hand statement is true. Once again we hear the Democratic Party say, "Evidence? We don't need no stinkin' evidence." They don't need evidence because the presstitutes support their lies and control the explanations given to Americans.

The Democrats are betting their future on their lies being shielded by their media whores and that the insouciant American people will hear nothing but false allegations against Trump repeated endlessly, as was the case with Russia-gate. If the people realize that the "impeachment investigation" is another hoax like Russia-gate, Schiff will have destroyed the Democrats' chances in the next election.

The extraordinary rudeness and incivility of Democrat members of the committee toward Maguire, cutting him off before he could answer their accusatory questions, thus leaving the accusation unanswered, together with Schiff's lies demonstrate that political and social collapse in the United States is far advanced. American democracy was never very democratic, but when an entire political party disrespects truth and is determined to gain power at all cost, we know that the end is near.

The Republican ranking member of the committee, Devin Nunes, explained what the successor to the failed Russia-gate witch-hunt is all about.

For those with the stomach for it, the hearing can be watched here.

Related Topic(s): Democratic Party; Integrity; Party Leadership; Russia-gate; Schiff-Adam; Whistleblower, Add Tags
Add to My Group(s)
Go To Commenting
The views expressed herein are the sole responsibility of the author and do not necessarily reflect those of this website or its editors.