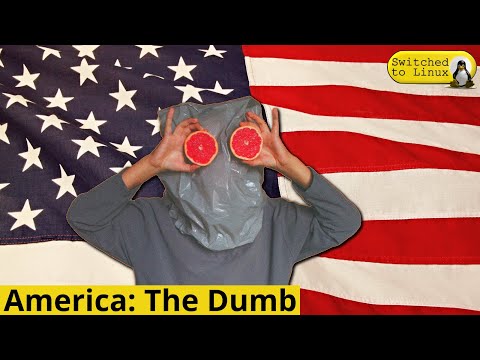 Nothing can be done, because the United States has no possibility of political leadership. The establishment controls both parties and selects leaders who serve the establishment. Even in rare cases when a leader opposed by the establishment gets into office, the establishment turns on him and prevents his leadership by demonizing him. Trump's first term has been smothered in lies intended to prevent his reelection.

The US media lost what remained of its independence when President Clinton signed off on its concentration in a few establishment hands. The US has had no trustworthy print or TV media for more than 20 years.

Look around you today. What are Americans media-indoctrinated to be concerned with? The death of felon drug abuser, woman abuser George Floyd who killed himself overdosing on a dangerous opioid. The media has ignored the medical report and has blamed Floyd's self-inflicted death on Minneapolis police. Dumbshit Americans have fallen for it.

Americans are endlessly gullible. That is why they are a doomed people. For three years they permitted media orchestrated "Russiagate" and "Impeachgate" hoaxes. Americans argued about details of these non-existent events.

The US economy has been slowly collapsing for at least 20 years, and financial journalists are yet to question the Federal Reserve's use in behalf of a handful of banks at the expense of the US economy and the welfare of the US population.

Neoconned Washington has torn up all of the agreements previous American presidents made that calmed tensions with Russia and reduced the threat of nuclear war.

The United States has no competent foreign policy authorities and has stupidly produced a conflict with China, a country against which Washington has no prospect of prevailing.

The United States has spent 20 years destroying in whole or part seven countries and overthrowing independent leadership in Latin America. Despite millions of people killed and displaced by four presidents, there is today in the US no peace movement.

We are now going into an election period with the entirety of the Democrat Party cheering on the demonization of American history and destruction of its historic memorials.

Related Topic(s): Afghanistan Warlords; China; Democrats; Economy; Gullible; Hoax; Media; Russiagate, Add Tags
Add to My Group(s)
Go To Commenting
The views expressed herein are the sole responsibility of the author and do not necessarily reflect those of this website or its editors.