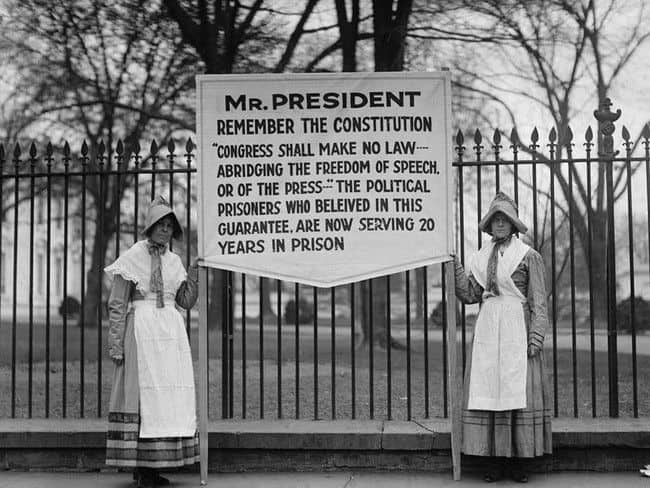 The United States has had two sedition laws in its history. Both were repealed within three years. Britain repealed its 17th Century sedition law in 2009. Though this crime is no longer on the books, the crime of sedition is really what both governments are accusing Julian Assange of.

The campaign of smears, the weakness of the case and the language of his indictment proves it.

The imprisoned WikiLeaks publisher has been indicted on 17 counts of espionage under the 1917 U.S. Espionage Act on a technicality: the unauthorized possession and dissemination of classified material -- something that has been performed by countless journalists and publishers over the decades. It conflicts head on with the First Amendment.

But espionage isn't really what the government is after. Assange did not pass state secrets to an enemy of the United States, as in a classic espionage case, but rather to the public, which the government might well consider the enemy.

Assange revealed crimes and corruption by the state. Punishing such legitimate criticism of government as sedition has deep roots in British and American history.

Sedition was seen in the Elizabethan era as the "notion of inciting by words or writings disaffection towards the state or constituted authority." Punishment included beheading and dismemberment.

"In their efforts to suppress political discussion or criticism of the government or the governors of Tudor England, the Privy Council and royal judges needed a new formulation of a criminal offence ... This new crime they found in the offence of sedition, which was defined and punished by the Court of Star Chamber... If the facts alleged were true, that only made the offence worse," wrote historian Roger B. Manning. Sedition fell short of treason and did not need to provoke violence.

Though the Star Chamber was abolished in 1641, the British Sedition Act of 1661, a year after the Restoration, said, "...a seditious intention is an intention to bring into hatred or contempt, or to exite disaffection against the person of His Majesty, his heirs or successors, or the government and constitution of the United Kingdom."

Under President John Adams, the first U.S. Sedition Act in 1798 put it this way:

"To write, print, utter or publish, or cause it to be done, or assist in it, any false, scandalous, and malicious writing against the government of the United States, or either House of Congress, or the President, with intent to defame, or bring either into contempt or disrepute, or to excite against either the hatred of the people of the United States, or to stir up sedition, or to excite unlawful combinations against the government, or to resist it, or to aid or encourage hostile designs of foreign nations."

While WikiLeaks publications have never been proven false, the U.S. government is certainly portraying its work as "scandalous and malicious writing against the United States" and has accused him of encouraging "hostile designs" against the country.

Congress did not renew the Act in 1801 and President Thomas Jefferson pardoned those serving sentences for sedition and refunded their fines.

Related Topic(s): Assange; Charged; Injustice; Sedition; Wikileaks, Add Tags
Add to My Group(s)
Go To Commenting
The views expressed herein are the sole responsibility of the author and do not necessarily reflect those of this website or its editors.