I want to live in a world in which I can create beautiful things, love the others that I encounter, and have adventures. 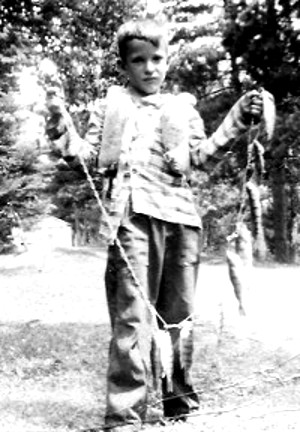 But early on I encountered an "other" that was already organized against me. It was an other in which the resources needed for life are owned by a little group of pompous men and women who presumed to tell me exactly how I must live and love whether I liked it or not.

I did not accept it that I should have no say in how I had to live. They forced me to go to "school" where I learned words for how things are and how they should be. I was taught to accept it that this little pod of the powerful and pompous should control all the resources necessary for life, and all decision-making about it. They called that "maturity."

I wrote a poem about my experience of school, and my yearly escape to the opposite of school.

To want a life that was centred on what delighted me was called "immaturity."

From the beginning I have been immature.

I wanted to know what angels eat. Where did they poop? Why can I not see the inside of things? But they wanted me to learn the exports and imports of a lot of countries I had never seen.

I did not want to own those things that the pod of the rich and pompous owned. But I learned that their export and my import of what I needed to live was contingent on my doing as they said. I knew this before I knew the word "contingent."

I wanted to go off and live by my own lights, but this was prevented. They would not let me take enough resources with me. I had to stay and become a cog in their machine. I was told that only their machine can provide the resources we all need. I think this is a lie. I believe that I am being lied to, endlessly. It is because I am immature that I see things this way. I cling to the immature belief that resources could be created and distributed much more simply. And they could be shared. Then we could all spend the rest of our time living the lives we wanted to.

We do not need smart phones. We did quite well when we had not even heard of such things. It is their Machine that needs for us to need those smart phones.

I'm trying to get clear on what I have learned in this life. I am old now, trying to prepare for the big transition. I'm trying to fix it in my mind so that I won't forget. I picture myself as that caterpillar that has learned something in its caterpillar life that might be useful in its butterfly life. Somehow it carries that knowledge through that mush between the two stages of its development. When I am reincarnated I don't want to be deceived by the machine - not even for a second.

I see myself flying overhead assessing the various places where I might land. Whenever I see pyramids I move on. Where there are pyramids there are prison machines making them. And there are pharaohs full of pomp and bull-sh*t being glorified by them. I'm not a Pharaoh. I have no desire to be one. Equality is not equal opportunity to be a Pharaoh. It is not having pharaohs.

Write for Politics of Health and work with David Werner on issues of health. Worked in the field of "Mental Health" all my life. Am now retired. Jim
Related Topic(s): Anarchy Anarchism; New School; School; School Reform; Schools, Add Tags
Add to My Group(s)
Go To Commenting
The views expressed herein are the sole responsibility of the author and do not necessarily reflect those of this website or its editors.