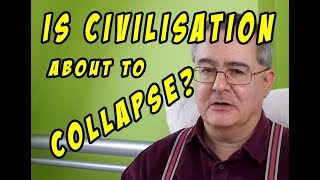 A terrible fear has come over me. Observing its rate of collapse, I am likely to outlive Western Civilization, or what little remains of it.

British Labour Party Jeremy Corbyn thinks he can get elected prime minister by promising to open the UK's border to all comers and to house them by seizing houses and office blocks. This, of course, means a Camp of the Saints moment for Great Britain. So many Brits are so far gone that Corbyn thinks this is a winning platform.

The current French president and German chancellor, as well as the European Union bosses, hold the same view. There is to be no Europe. Only Hungary, Italy, and Poland dissent and insist on remaining Hungarian, Polish, and Italian.

Alas, the Democratic Party in the US has the same view as Corbyn. One of the reasons they want to impeach Trump is that he is, as head of the executive branch, trying against the Democrats' opposition to enforce the immigration laws of the United States.

The current stock of Democrats are just like the current stock of CEO and boards of directors. They are short-run focused. What they can get right now is all that is important. More money by sending American jobs abroad and hiring foreigners on work visas, by open borders that bring in cheaper labor and immigrant votes for Democrats. Hello "performance bonuses," Goodbye America.

But when the short-run lengthens into the long-run, the third world immigrants have the country. The hatred that Identity Politics, the ideology of the Democratic Party and the American liberal/progressive/left, teaches against white people and the hatred that radical feminists teach against men, implies genocide and total social collapse. It is happening so rapidly that I believe I am going to watch it happen.

For example: My September 30 column, "Feminism Has Ruined Women and Damaged Men," produced many letters from men and women affirming that "you are right on!" Many said that feminism, once a movement to give women alternatives to marriage and motherhood, has become an ideological attack on men in which even consensual sexual intercourse between husband and wife was rape.

Feminism has essentially destroyed the relationship between men and women. Feminism has made women selfish. They do what they want to do regardless of its emotional and other effects on the man. If the man complains, the woman takes it as proof that he is sexist and unsupported. Women think their vagina lets them do whatever they want to do. Women are told that their power is that men will do anything for sex. That's not true. Except for a few womanizers, what the British called "rakes," men want loving mutually-supportive relationships. They can't find them.

In my day homosexuals were non-existent. We thought it was a myth, like unicorns. Today homosexuality has exploded. How do we know that the extraordinary increase in homosexuality is not men giving up on women?

Women are so untrustworthy today that corporations have to pay for insurance policies to protect their male executives from false sexual harassment charges from female employees. Corporate rules are in place that when a corporate group is on a business trip, the male and female employees must stay in separate hotels, and that no male employee can go to dinner with a female employee. The male employees have to attend seminars on how to protect themselves from sexual harassment charges. I have heard from CEOs and boards about how stupid they were to help women through the "glass ceiling" as the consequence is endless #Me/Too problems that divert the energy of the organization.

Yes, of course, some men get turned on by women and behave inappropriately. In my day that was handled by a slap. Apparently, it is only today's feminist women who can't keep a man in check.

The House Democrats are conducting an "impeachment investigation" despite the facts that they know they have no evidence of any offence and that there is no possibility that the Senate would convict. The House Democrats know that all they are doing is throwing mud hoping that some will stick on Trump and reduce his chance of reelection.

As for the the charge that a Ukrainian president was told to do a favor in exchange for a payment, the record is crystal clear that it was Biden who gave the Ukrainian president six hours to do as he is told or forfeit one billion dollars of US taxpayers' money. Biden bragged on it before the Council of Foreign Relations. The boast is captured on video. I posted it. It is all over the Internet. The Ukrainian prosecutor himself gave sworn testimony that he was fired on Biden's orders. The prosecutor was investigating a firm from which Biden's son was collecting huge sums in exchange for his father's protection of the corrupt firm. The evidence is clear.

Related Topic(s): Collapse Of Civilizations; Conflict; Homosexuality; Men; Transgenderism; Women, Add Tags
Add to My Group(s)
Go To Commenting
The views expressed herein are the sole responsibility of the author and do not necessarily reflect those of this website or its editors.