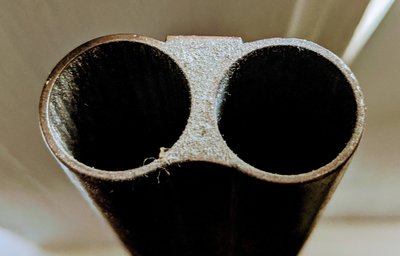 A Protester's Perspective
(Image by Phillip Michaels)   Details   DMCA
There has been a technological revolution. Easy and ubiquitous filming of everyday activity has begun to expose official lies of a kind that have easily avoided detection for decades. Suddenly, misuse of power by police officers is regularly captured on video, a candidate's speech before rich donors at a private function is quickly and undeniably public knowledge, and everyday commentary of other people in the public eye is available without the normal filters applied by official media. Not only are videos easy to make, they are extremely easy to broadly disseminate within moments of being captured. Suddenly it's not safe to lie, at least, not in the same way.

There is even official recognition of the power of this new technology. Public outcry recently has forced police to wear their own cameras. Of course, the fact that they happen to be turned off at the critical moment was an excuse--the first time. However, with regular oh-I-forgot-my-homework excuses comes public understanding that leaving a camera off is a violation of terms of employment--at least that seems to be the case recently for the police chief in Louisville, KY.

What hasn't yet seemed to have sunk in about this particular revolutionary technology is that it is a key weapon not just for catching liars, but also more generally for protecting democracy. For example, people in the street caught the murder of George Floyd on video hopefully protecting the right to justice. Now that the focus is on protests to let the general public know that this kind of behavior is unacceptable, videos of the protests made and distributed by members of the public can protect the right to protest. Every person protesting and in possession of a cell phone should be videoing the entire protest. More particularly, they should video every act of disobedience, civil or otherwise.

As my activist friend, David Slesinger, would point out, anyone participating in civil disobedience should prefer to go to jail to fill the jails with honest citizens whose only real offense is to oppose a particular public policy. So, videoing people throwing rocks, firing weapons, or breaking into stores is actually an effort to make the disobedience "civil".

Further, our collective history suggests that one of the things that happens in times of popular unrest is that those opposing change are also actively taking advantage of the situation. For example, according Church Committee reports from the '70s the CIA funded the Red Brigade in Europe in order to prevent most European governments from moving to more progressive policies. At the time the left was labelled as responsible for the Red Brigade's radical murderous efforts to destabilize Europe. The reality was that it was a violent right-wing defense of the status quo.

My own experience during the political upheavals in the 1960s around the Vietnam war suggests there were also efforts then by interlopers to instigate violence. Without doubt there were many willing to heed the call on the left, but making violent protests happen has frequently been an important right-wing strategy.

As demonstrated by recent apparent efforts by President Trump to incite segments of the population to riot, strategies for these times of popular upheaval haven't changed much since the last century. However, the technology has. Videoing everything will--in addition to capturing misbehaving public employees--undoubtedly catch right-wing figures making it happen once again. Finding instigators who are using the moment for their own purposes will change the willingness of honest citizens (both in-the-street citizens and at-home citizens) to put up with violence related to a civil discourse and undercut those opposing change with violence.

So, if one wants to protest, make sure to capture every moment of it on video and back it up quickly to some central server. Sooner or later in these tinder-box moments these videos will be critical evidence available to help stop the violence and protect the right to protest.

Writer, process designer, analyst, and democrat. My interests in recent years include working on improving election transparency by moving voting to all paper ballots and activism on the issue of truth about what happened on 9/11.

Related Topic(s): Citizens; Evidence; Protest; Strategy; Technology; Violence, Add Tags
Add to My Group(s)
Go To Commenting
The views expressed herein are the sole responsibility of the author and do not necessarily reflect those of this website or its editors.

The Slap of an Invisible Hand