From New York Review of Books 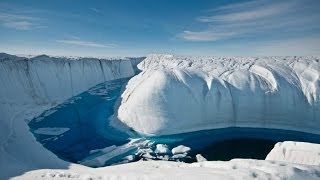 Though it was published at the beginning of October, Global Warming of 1.5 degreesC, a report by the Intergovernmental Panel on Climate Change (IPCC), is a document with its origins in another era, one not so distant from ours but politically an age apart. To read it makes you weep, not just for our future but for our present.

The report was prepared at the request of the United Nations Framework Convention on Climate Change at the end of the Paris climate talks in December 2015. The agreement reached in Paris pledged the signatories to...

The mention of 1.5 degrees Celsius was unexpected; that number had first surfaced six years earlier at the unsuccessful Copenhagen climate talks, when representatives of low-lying island and coastal nations began using the slogan "1.5 to Stay Alive," arguing that the long-standing red line of a two-degree increase in temperature likely doomed them to disappear under rising seas. Other highly vulnerable nations made the same case about droughts and floods and storms, because it was becoming clear that scientists had been underestimating how broad and deadly the effects of climate change would be. (So far we've raised the global average temperature just one degree, which has already brought about changes now readily observable.)

The pledges made by nations at the Paris conference were not enough to meet even the two-degree target. If every nation fulfills those pledges, the global temperature will still rise by about 3.5 degrees Celsius, which everyone acknowledged goes far beyond any definition of safety. But the hope was that the focus and goodwill resulting from the Paris agreement would help get the transition to alternative energy sources underway, and that once nations began installing solar panels and wind turbines they'd find it easier and cheaper than they had expected. They could then make stronger pledges as the process continued.

"Impossible isn't a fact; it's an attitude," said Christiana Figueres, the Costa Rican diplomat who deserves much of the credit for putting together the agreement. "Ideally," said Philip A. Wallach, a Brookings Institution fellow, the Paris agreement would create "a virtuous cycle of ambitious commitments, honestly reported progress to match, and further commitments following on those successes."

To some extent this is precisely what has happened. The engineers have continued to make remarkable advances, and the price of a kilowatt generated by the sun or wind has continued to plunge -- so much so that these are now the cheapest sources of power across much of the globe. Battery storage technology has progressed too; the fact that the sun goes down at night is no longer the obstacle to solar power many once presumed. And so vast quantities of renewable technology have been deployed, most notably in China and India. Representatives of cities and states from around the world gathered in San Francisco in September for a miniature version of the Paris summit and made their own pledges: California, the planet's fifth-largest economy, promised to be carbon-neutral by 2045. Electric cars are now being produced in significant numbers, and the Chinese have deployed a vast fleet of electric buses.

But those are bright spots against a very dark background. In retrospect, Paris in December 2015 may represent a high-water mark for the idea of an interconnected human civilization. Within nine weeks of the conference Donald Trump had won his first primary; within seven months the UK had voted for Brexit, both weakening and distracting the EU, which has been the most consistent global champion of climate action. Since then the US, the largest carbon emitter since the start of the Industrial Revolution, has withdrawn from the Paris agreement, and the president's cabinet members are busy trying to revive the coal industry and eliminate effective oversight and regulation of the oil and gas business.

The prime minister of Australia, the world's biggest coal exporter, is now Scott Morrison, a man famous for bringing a chunk of anthracite into Parliament and passing it around so everyone could marvel at its greatness. Canada -- though led by a progressive prime minister, Justin Trudeau, who was crucial in getting the 1.5-degree target included in the Paris agreement--has nationalized a pipeline in an effort to spur more production from its extremely polluting Alberta oil sands. Brazil seems set to elect a man who has promised not only to withdraw from the Paris agreement but to remove protections from the Amazon and open the rain forest to cattle ranchers. It is no wonder that the planet's carbon emissions, which had seemed to plateau in mid-decade, are again on the rise: preliminary figures indicate that a new record will be set in 2018.

This is the backdrop against which the IPCCreport arrives, written by 91 scientists from 40 countries. It is a long and technical document -- 500 pages, drawing on 6,000 studies -- and as badly written as all the other IPCC grand summaries over the years, thanks in no small part to the required vetting of each sentence of the executive summary by representatives of the participating countries. (Saudi Arabia apparently tried to block some of the most important passages at the last moment during a review meeting, particularly, according to reports, the statement emphasizing "the need for sharp reductions in the use of fossil fuels." The rest of the conclave threatened to record the objection in a footnote; "it was a game of chicken, and the Saudis blinked first," one participant said.) For most readers, the 30-page "Summary for Policymakers" will be sufficiently dense and informative.

The takeaway messages are simple enough: to keep warming under 1.5 degrees, global carbon dioxide emissions will have to fall by 45 percent by 2030, and reach net zero by 2050. We should do our best to meet this challenge, the report warns, because allowing the temperature to rise two degrees (much less than the 3.5 we're currently on pace for) would cause far more damage than 1.5. At the lower number, for instance, we'd lose 70 to 90 percent of coral reefs. Half a degree higher and that loss rises to 99 percent. The burden of climate change falls first and heaviest on the poorest nations, who of course have done the least to cause the crisis. At two degrees, the report contends, there will be a "disproportionately rapid evacuation" of people from the tropics. As one of its authors told The New York Times, "in some parts of the world, national borders will become irrelevant. You can set up a wall to try to contain 10,000 and 20,000 and one million people, but not 10 million."

The report provides few truly new insights for those who have been paying attention to the issue. In fact, because the IPCCis such a slave to consensus, and because its slow process means that the most recent science is never included in its reports, this one almost certainly understates the extent of the problem. Its estimates of sea-level rise are on the low end -- researchers are increasingly convinced that melting in Greenland and the Antarctic is proceeding much faster than expected -- and it downplays fears, bolstered by recent research, that the system of currents bringing warm water to the North Atlantic has begun to break down. As the chemist Mario Molina, who shared the Nobel Prize in 1995 for discovering the threat posed by chlorofluorocarbon gases to the ozone layer, put it, "the IPCCunderstates a key risk: that self-reinforcing feedback loops could push the climate system into chaos before we have time to tame our energy system."

All in all, though, the world continues to owe the IPCCa great debt: scientists have once again shown that they can agree on a broad and workable summary of our peril and deliver it in language that, while clunky, is clear enough that headline writers can make sense of it. (Those who try, anyway. An analysis of the 50 biggest US newspapers showed that only 22 of them bothered to put a story about the report on the homepages of their websites.)

Bill McKibben is the author of a dozen books, including The End of Nature and Deep Economy: The Wealth of Communities and the Durable Future. A former staff writer for The New Yorker, he writes regularly for Harper's, The Atlantic Monthly, and The (more...)
Related Topic(s): Climate; Flood; Global Warming; Ipcc Report; Scientists; Solar; Storms, Add Tags
Add to My Group(s)
Go To Commenting
The views expressed herein are the sole responsibility of the author and do not necessarily reflect those of this website or its editors.