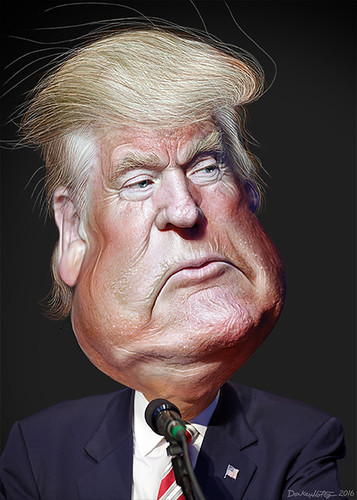 Donald Trump's presidential days are numbered and the latest campaign in the culture war for control of the American lifestyle is drawing down to a shaky truce. The campaign waged by the Trump forces was particularly ugly. For the sake of ideologically shaped prejudices, which cut the believer loose from social responsibility, we got the following outcries: (1) "I don't care if it sickens the community, I ain't wearing that mask!" (2) "I don't care if it takes away a woman's control over her body, abortion has to be outlawed!" (3) "I don't care if the environment goes to hell in a hand basket, entrepreneurial rights have priority." And there are a lot more examples of the fractured "ethics" that characterized America's "exceptional" democracy under the Trump administration.

Donald Trump spent four years glorifying and modeling this selfishness. His worst performance came with the COVID-19 pandemic. At that point, Trump played the role of the despotic Nero fiddling while the United States went down in the flames of a worldwide plague. That display of uncaring inadequacy may be the main reason he lost reelection in the recent 2020 matchup with Joe Biden.

It followed naturally that Biden ran a campaign that contrasted with Trump's modeled selfishness. Biden repeatedly said that he would "restore decency," "save the nation's soul," "build back better," and "make America America Again." Finally, Joe Biden repeatedly claimed that Trump and his narcissistic ways "is not who we are! We are better than this." As heart-warming as these sentiments might be, they raise the question whether America has a single, agreed-upon standard for decent behavior. What if Biden's claim that Trump's America isn't the real America is wrong?

That possibility was set forth on 5 November 2020 by Jenice Armstrong, an opinion writer for the Philadelphia Inquirer. She lays out a different reality: "the fact that roughly half of Americans voted to reelect President Donald Trump, despite four years of watching his lying and hateful ways, shows just how wrong Biden is...This is who we are. And, unfortunately, we are not better than this."

I think Ms. Armstrong has a strong argument here, and her conclusion is reinforced by the fact that presently, with Joe Biden having won the election, and no evidence of fraud or conspiracy revealed, millions of Americans continue to believe Trump's claim that the Democrats stole the election from him. Nor do they recognize that Trump's ploy is actually an attempt to steal the election from Biden. According to a recent poll by the respected Monmouth University Polling Institute, "44 percent of Americans think we do not have enough information about the vote count to know who won the election. Nearly one-third believe Mr. Biden won only because of voter fraud."

Part II -- The Near Miss

For many among the slight majority of Americans who were glad to see Trump lose, this situation comes as a shock, because to side with Trump and his radicalized Republican Party, to excuse his moral depravity, racism, sexism and disregard for the public good, contradicts the stereotypical image of American exceptionalism -- America as the land of good guys, the ones wearing the white hats, spreading democracy, and so forth. As Ms. Armstrong points out, this image of American exceptionalism is historically false. "America has been on this [ethically indefensible] path since this country's ignoble inception when our forefathers enslaved Blacks, exterminated Native Americans, denied women the right to vote."

Yet, there have been recent efforts at redemption. In terms of human and civil rights, aspects of recent American history can be seen as an effort to drag the nation out from the gravity well of cultural depravity. One high point of that effort came in the 1960s with Lyndon Johnson's Great Society programs -- and the desegregation of the public sphere. However, it is probably the case that a significant number of American white citizens feared those reforms and never quite reconciled themselves to their implementation. Much of Trump's support was fed by surviving underground resentment that goes back to Johnson's efforts. Then came the present pandemic, which spurred a challenge to extreme personal "freedom" in the form of mask mandates and lockdowns. Trump became a hero of those who spurned the needs of public health.

Trump's incompetence in the face of COVID-19 undermined his general support, and if indeed it cost him reelection, it can be seen as the basis of the country's near miss with despotism. Yet, consider the following: What would have happened if Trump had not botched the pandemic response? In that case, perhaps the large minority who supported Trump in 2020 would have turned into a sufficient majority to drown Mr. Biden's "we are better than this" in a sea of reactionary impulses. The country did indeed dodge a bullet.

Jenice Armstrong of the Philadelphia Inquirer thinks that the divide that Donald Trump so dramatically brought forward is too wide for Joe Biden -- who sees himself as a national healer -- to bridge. As with the Palestinian search for accommodation with Israel, Biden has no "peace partner" among the opposition. Yet, according to Armstrong, the problem goes deeper. She believes the national divide is a permanent condition, "rooted in the fabric of America." This means that Biden's pledge to be "a president for all Americans" and unite the country may be nearly impossible.

Yet in the end, a majority of voters did choose Biden. And, in the 1960s, Lyndon Johnson's success at reform did open up new and positive possibilities. In truth, Trump and his minions do not represent all of us, but just enough of us to frustrate continued progress in the nation's social condition. And that is the way things will stay as long as the Republican Party is controlled by those allied to Donald Trump's quasi-fascist worldview -- and supported by 74 million voters. Also, Trump does not plan on simply retiring from politics, even though he will now vacate the White House. He sees himself as a once and future president and will spend the next four years planning for his political revival and vindication.

Presently we are experiencing what Robert Reich, former Secretary of Labor and now Professor of Public Policy at the University of California at Berkeley, calls a "cold civil war." He concludes that, "We may have defeated Trump, but we haven't defeated Trumpism. We must work to push the Biden administration to tackle the systemic conditions that allowed Trump to seize power in the first place." Actually, that was what Johnson's Great Society programs were supposed to do. At this stage, some 60 years later and in the face of our near miss with Trump's despotic selfishness, we might ask if Reich's stated goal is achievable. If Jenice Armstrong is correct, American democracy may not be up to the task.

Related Topic(s): America; Corona Virus Coronavirus Covid-19; Election; History; Misconduct; Mistakes; Retiring; Trumpism, Add Tags
Add to My Group(s)
Go To Commenting
The views expressed herein are the sole responsibility of the author and do not necessarily reflect those of this website or its editors.