Wages Rise as U.S. Unemployment Rate Falls Below 5%. "After reaching 10 percent in 2009, the unemployment rate has now fallen to 4.9 percent even as more Americans joined the job market last month," President Obama told reporters at a White House briefing in Washington. "Americans are working." http://nyti.ms/1nSwsF4

Look, I don't want to beat this horse to death, but I feel I really should make one more point. At 5% or lower "real" unemployment, the U.S. is considered to have a full-employment economy. Meaning anybody who wants to work should be able to find work, even if the job completely sucks (and in all likelihood it will--since the greater part of the expansion in new jobs has been in the service sector ... where annual salaries fail even to meet cost of living standards). 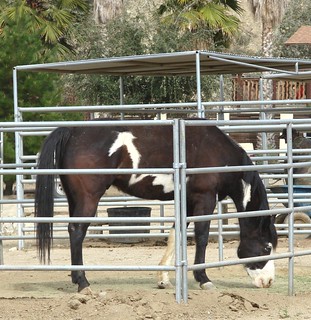 Now, back in the 90s when Bill Clinton was President we also, for a time, had a full-employment economy. (I just looked it up--in 1999 it was at 4.1%--Jesus sh*t!) But that period was markedly different from the present one.

In those years the labor market was so tight that grocery stores were willing to pay workers $18 an hour to stock shelves. It was so tight that we were welcoming foreign workers in droves--legal and illegal--to fill positions that were begging for warm bodies. It was so tight that employers were promising the moon in terms of "bennies"--health and dental, accumulated sick/vacation/personal time, signing bonuses--just to get applicants in the door.

I don't know if it was the peak of the American dream (actually, it wasn't) but times were pretty damn good!

The economy was awash in money and easy credit, sloshing all over the place as banks opened their vaults and pumped the stuff into the street.

Want a loan for that pretty McMansion in that tony suburb?

Wanna buy that sports car that does 0 to 60 in a snap of the fingers?

Back then every hotel and restaurant was full--and busboys walked away with no less than $100/night. Malls and stores were jam-packed too and goods flowed out the door.

All kinds of goods.

Manufacturers in China just shook their heads at the silly crap Americans bought. Polypropylene face-exercise mouthpieces some huckster claimed would improve your smile. Practice breathing exercises for 5 minutes a day and meet the man of your dreams!

Stephen Lee Waterhouse lives in Three Corners, Massachusetts and describes himself--tongue-in-cheek--as an anarcho-totalitarian. It is his understanding that he is named after a Christian martyr and a Confederate general. He currently works for (more...)

Related Topic(s): Budget; Debt; Economy; Unemployment; Work; Workers, Add Tags
Add to My Group(s)
Go To Commenting
The views expressed herein are the sole responsibility of the author and do not necessarily reflect those of this website or its editors.

The Day America Lost Its Way

A Horse in Hot Water