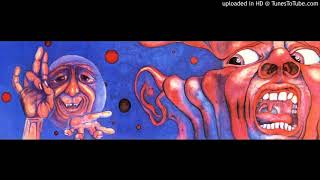 In the 1990s with the Soviet Union collapse as a result of the communist hardliners' arrest of Soviet President Gorbachev and Yeltsin serving as Washington's puppet while Americans and Israelis looted Russia, the neoconservatives called for Washington to overthrow Middle Eastern governments. The neocon scenario for remaking the Middle East was set out prior to the events of September 11, 2001.

The neoconservatives said that they needed "a new Pearl Harbor" in order to launch wars in the Middle East. The cover story was to bring democracy to the Middle East, but the real purpose was to remove governments in the way of Israeli expansion.

Israel's principal target was the water resources in southern Lebanon. The Israeli Army had tried to occupy southern Lebanon but was sent fleeing back into Israel by the Hezbollah militia. Israel concluded that it would use their American vassal to overthrow Iraq, Syria, and Iran, the governments that supplied the Hezbollah militia. Once the American puppet had overthrown the resistance to Israel's expansion, Hezbollah would have no financial or military backing and could safely be attacked by the Israeli army, a military force good only for killing unarmed Palestinian women and children.

General Wesley Clark, a 4-star US general who was Supreme allied Commander of NATO, revealed on television that a mere 10 days after 9/11 he was in the Pentagon and was told by a general who formerly worked under him that the decision had been made to invade Iraq. This was before any of the alleged and disproven connections between Iraq and 9/11 had emerged from the neoconservatives' manipulation of America's presstitute media.

In other words the invasion of Iraq was planned long before 9/11. It was there all ready for a false flag launch.

Gen. Clark said on TV a few weeks later after the Cheney/Bush Regime was bombing Afghanistan that he again saw his former subordinate in the Pentagon. The general held up a memo that "describes how we're going to take out seven countries in five years, starting with Iraq, and then Syria, Lebanon, Libya, Somalia, Sudan and finishing off with Iran."

General Clark, with four-stars, was one of the anointed ones. He thought he could tell the truth, but his revelation had no effect. I am surprised that he wasn't arrested and tortured like Julian Assange for revealing "classified secrets."

Osama bin Laden, a CIA asset used against the Soviets in Afghanistan, and Al Qaeda, a CIA-supported group of fighters used against the Soviets in Afghanistan, were blamed for the 9/11 attack despite bin Laden's denial. Everyone knows that real terrorists claim responsibility for everything that happens, whether they had anything to do with it or not. It is the way that they build their movement. It makes zero sense for the alleged Terrorist Leader bin Laden to deny a victory unprecedented in history over the "worlds only superpower."

According to obituary notices from all over the Middle East, Egypt, and Fox News, Osama bin Laden died from renal failure and a variety of other illnesses in December 2001. I published the widespread obituary notices on my website.

Osama bin Laden was a man who died twice. His death in December 2001 did not stop the corrupt Obama regime from killing bin Laden in Abbottabad, Pakistan a decade later in 2011 when Obama, whose first term failure was threatening him with challengers to his renomination, desperately needed a vindication.

We were presented with one. Obama and his top officials were shown fixed in front of a TV screen allegedly watching the US SEAL Team killing an undefended bin Laden. This false claim was a mistake as everyone wanted the film of bin Laden's death released. Someone hadn't given the PR event much thought. As there was no film, the Obama regime found itself on the spot. A correction was issued. It was a media false report that Obama and his team were watching a film of the SEALs' assault on bin Laden's compound. The replacement story was that they were listening to reports of the attack on bin Laden.

More problems emerged. Pakistani TV interviewed the next door neighbor of the alleged "bin Laden compound" about what he witnessed on the night in which US SEAL forces allegedly landed and killed Osama bin Laden and carried away his body to be buried at sea from a US aircraft carrier.

The next-door resident said that three helicopters flew above and only one landed. The language soldiers spoke from the helicopter that landed was "Pashto." Navy SEALS don't know Pashto. There were no Navy SEALs present.

Related Topic(s): CIA; History; Military; Neoconservatives; Obama; Presstitutes; Seals; Truth; Tyranny, Add Tags
Add to My Group(s)
Go To Commenting
The views expressed herein are the sole responsibility of the author and do not necessarily reflect those of this website or its editors.