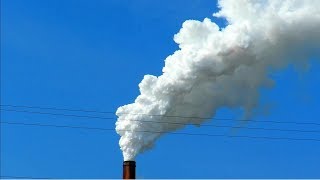 "Kingsmill Bond" certainly sounds like a proper name for a City of London financial analyst. He looks the part, too: gray hair expertly trimmed, well-cut suit. He's lived in Moscow and Hong Kong and worked for Deutsche Bank, the Russian financial firm Troika Dialog, and Citibank. He's currently "new energy strategist" for a small British think tank called Carbon Tracker, and last fall he published a short paper called "2020 Vision: Why You Should See the Fossil Fuel Peak Coming." It asks an interesting question: At what point does a new technology cause an existing industry to start losing significant value?

This may turn out to be the most important economic and political question of the first half of this century, and the answer might tell us much about our chances of getting through the climate crisis without completely destroying the planet. Based on earlier technological transitions -- horses to cars, sails to steam, land lines to cell phones -- it seems possible that the fossil fuel industry may begin to weaken much sooner than you'd think. The British-Venezuelan scholar Carlota Perez has observed that over a period of 20 years, trains made redundant a four-thousand-mile network of canals and dredged rivers across the UK: "The canal builders" fought hard and even finished a couple of major canals in the 1830s, but defeat was inevitable," as it later was for American railroads (and horses) when they were replaced by trucks and cars.

Major technological transitions often take a while. The Czech-Canadian academic Vaclav Smil has pointed out that although James Watt developed the coal-powered steam engine in 1776, coal supplied less than 5 percent of the planet's energy until 1840, and it didn't reach 50 percent until 1900. But the economic effect of those transitions can happen much earlier, Bond writes, as soon as it becomes clear to investors that a new technology is accounting for all the growth in a particular sector.

Over the last decade, there has been a staggering fall in the price of solar and wind power, and of the lithium-ion batteries used to store energy. This has led to rapid expansion of these technologies, even though they are still used much less than fossil fuels: in 2017, for instance, sun and wind produced just 6 percent of the world's electric supply, but they made up 45 percent of the growth in supply, and the cost of sun and wind power continues to fall by about 20 percent with each doubling of capacity. Bond's analysis suggests that in the next few years, they will represent all the growth. We will then reach peak use of fossil fuels, not because we're running out of them but because renewables will have become so cheap that anyone needing a new energy supply will likely turn to solar or wind power.

Bond writes that in the 2020s -- probably the early 2020s -- the demand for fossil fuels will stop growing. The turning point in such transitions "is typically the moment when the impact is felt in financial markets" -- when stock prices tumble and never recover. Who is going to invest in an industry that is clearly destined to shrink? Though we'll still be using lots of oil, its price should fall if it has to compete with the price of sunshine. Hence the huge investments in pipelines and tankers and undersea exploration will be increasingly unrecoverable. Precisely how long it will take is impossible to predict, but the outcome seems clear.

This transition is already obvious in the coal markets. To understand, for example, why Peabody, the world's largest private-sector coal-mining company, went from being on Fortune's list of most admired companies in 2008 to bankrupt in 2016, consider its difficulties in expanding its market. India, until very recently, was expected to provide much of the growth for coal. As late as 2015, its coal use was expected to triple by 2030; the country was resisting global efforts like the Paris Accords to rein in its carbon emissions. But the price of renewable energy began to fall precipitously, and because India suffered from dire air pollution but has inexhaustible supplies of sunlight, its use of solar power started to increase dramatically.

"In 2017, the price in India of wind and solar power dropped 50 percent to $3,540 a megawatt hour," said Tim Buckley, who analyzes Australasia/South Asia for the Institute for Energy Economics and Financial Analysis. "Fifty percent in one year. And a zero inflation indexation for the next 25 years. Just amazing." This price drop occurred not because India subsidizes renewable energy (it doesn't), but because engineers did such a good job of making solar panels more efficient. The cost of power from a newly built coal plant using Indian coal is, by comparison, about $60 a megawatt hour. If you have to import the coal, the price of power is $70/megawatt hour. And solar's $40/megawatt hour price is guaranteed not to rise over the 30-year life of the contract the suppliers sign -- their bids are based on building and then running a facility for the life of the contract. No wonder that over the first nine months of 2018, India installed 40 times more capacity for renewable than for coal-fired power.

Much the same is happening around the world. President Trump has spared no effort to help the coal industry, but more coal-fired power plants shut down during the first two years of his presidency than during President Obama's entire first term. American coal consumption fell 4 percent in 2018. In 2017 Kentucky's coal-mining museum installed solar panels on its roof in order to save $10,000 a year on electric costs.

And it's not just coal that's on the way out. Natural gas was supposed to be the planet's next big fuel source, since it produces less carbon than coal (although its production releases great clouds of methane, another potent greenhouse gas). While fracking has produced high volumes of natural gas -- especially in the US, where it was pioneered -- wells tend to dry out quickly, and despite enormous investment, the International Energy Agency estimates that between 2010 and 2014 the shale industry operated with negative cash flows of more than $200 billion.

Even "cheap" natural gas is now starting to look expensive compared to the combination of sun, wind, and batteries. In an essay for Vox, the energy reporter David Roberts listed all the natural gas plants -- many of them designed to provide quick bursts of "peaking power" on heavy demand days -- whose planned construction has been canceled in recent months, as utilities and banks began to figure out that over the projected 40-year life of a new plant, there was a good chance it would become an noncompetitive "stranded asset" producing pointlessly expensive electricity. The chief executive of one US solar company said in January, "I can beat a gas peaker anywhere in the country today with a solar-plus-storage power plant. Who in their right mind today would build a new gas peaker? We are a factor of two cheaper."

You get some sense of the future from the stunning fall of General Electric. "They were the world leader, the thought leader, the finance leader, the ITleader," said Buckley. "And their share price is down 70 percent in the last two and a half years, in a market that's up 50 percent. It's a thermal power-reliant basket case." That's in large measure because manufacturing turbines for coal- and gas-fired power plants was a significant part of the company's business; in 2015, it hugely expanded that capacity by buying its largest European competitor, Alstom. But then the bottom dropped out of the industry as proposed new generating plants couldn't find financing. GEmakes wind turbines, too, but that's a lower-margin business with many more competitors. The fall in GE's stock has meant "hundreds of billions of dollars of shareholder value reduction," according to Buckley. Last June, after more than a century, General Electric was dropped from the Dow Industrial Index, replaced by a drugstore chain.

Oil was believed to be better protected than coal and gas from competition because cars have long needed liquid fuel to run. But electric cars are becoming affordable for more and more consumers. In 2017 only three million out of a worldwide total of 800 million cars were electric, but they accounted for 22 percent of the growth in global car sales. The world's leading car companies have become convinced that electric vehicles will account for all the growth in demand by the early 2020s. That's why, by January 2018, they had committed $90 billion to developing electric vehicles -- and why, by 2017, Tesla was worth more than GMor Ford. And for every Tesla that rolls off the assembly line, Chinese manufacturers are producing five electric cars. Auto analysts are already warning consumers to think twice before buying a gas-powered car, since its resale value may fall dramatically over just the next three years.

The oil companies tell investors not to worry. In mid-February Exxon announced that it had found huge new deep-water oil deposits off the coast of Guyana, and that overall it planned to pump 25 percent more oil and gas in 2025 than it had in 2017, which, it claimed, would triple its profits. In September, OPECreleased a report predicting higher oil demand due to increases in jet travel and the production of plastics, which are made from petrochemicals. Analysts like Bond are skeptical of such claims. Although oil has been the planet's most important industry for over a century, over the last five years it's been the slowest-growing sector of the stock market. Petrochemicals and jet fuel are indeed harder to replace with renewable energy, but they make up a relatively small part of the market for oil -- even if demand for them grows, it can't offset the losses in core uses like pumping gas for cars.

The recent history of European utilities may provide a more realistic preview of what will happen in the rest of the world. In the early years of this century the German government increased the pace of decarbonization, subsidizing solar and wind energy. As more and cheaper renewable supplies became available, the existing utilities were slow to react. They had built new gas plants to account for what they assumed would be rising demand, but solar and wind cut into that demand, and the price of electricity began to fall. So far, European utilities have written down about $150 billion in stranded assets: fossil fuel installations that are no longer needed. "In the Netherlands, by the time the last three coal plants were turned on, their owners had already written them down by 70 percent," said Buckley. And they're scheduled to close by 2030.

Bill McKibben is the author of a dozen books, including The End of Nature and Deep Economy: The Wealth of Communities and the Durable Future. A former staff writer for The New Yorker, he writes regularly for Harper's, The Atlantic Monthly, and The (more...)
Related Topic(s): Climate; Economic; Energy; Fossil Fuel; Fossil-fuel Industry; Oil; Scientists; Solar, Add Tags
Add to My Group(s)
Go To Commenting
The views expressed herein are the sole responsibility of the author and do not necessarily reflect those of this website or its editors.