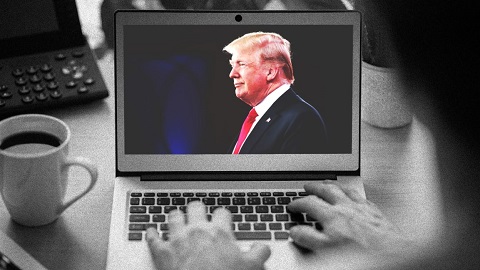 Falun Gong, the Central Intelligence Agency-linked Chinese cult, which is banned in China, has achieved overarching influence in the Donald Trump White House, State Department, and among Republican Party stalwarts harboring ambitions for national office. The cult's newspaper, The Epoch Times, enjoys access to White House press conferences and is currently engaged in a campaign to cast blame on China for the COVID-19 pandemic.

Senators Tom Cotton (R-AR) and ted Cruz (R-TX), as well as former Trump ambassador to the United Nations Nikki Haley and right-wing radio commentator Rush Limbaugh, have swallowed Falun Gong's bait by accusing China of manufacturing the COVID-19 virus as a bio-weapon at the Wuhan Institute of Virology. The Falun Gong has also enticed Trump personal attorney Rudolph Giuliani into making the false claim that President Barack Obama funded virus research at the Wuhan laboratory in 2017, even though Trump was president during the time frame. Giuliani tweeted: "Why did the US (NIH) in 2017 give $3.7m to the Wuhan Lab in China?"

In fact, the National Institutes of Health grants to an NGO that was conducting virus research at the Wuhan laboratory were approved by the Republican-controlled Congress in 2016, with $700,000 of the funds being granted by the Trump administration in 2017. Falun Gong is not the only cult in which Giuliani is heavily involved, the other being the Iranian exile group Mojahedin-e-Khalq (MEK), which is a terrorist group based in Albania that is trying to overthrow the Iranian government.

Increasingly, Falun Gong propaganda is creeping into official press releases from the State Department with accusations that COVID-19 development was a project of the "Chinese Communist Party." Falun Gong propaganda has also found its way into the broadcasts of Radio Free Asia, part of the U.S. government propaganda operation that is under the auspices of the Broadcasting Board of Governors (BBG). The attempt to revive a Cold War with China has also been emboldened by Republican Attorneys General of Missouri and Mississippi filing lawsuits against the government of China for damages from COVID-19.

Falun Gong's founder and spiritual leader is Li Hongzhi, who claims that he acquired "supernatural powers" at the age of eight in his home province of Jilin. These powers included the ability to walk through walls and levitate. Li claims that extraterrestrials have invaded the minds of humans and that has led to a reliance on computers and massive corruption. Li also pronounces homosexuality, feminism, and environmentalism as "Satanic" causes aimed toward turning everyone into Communists. The secretive Li is a permanent U.S. resident and reportedly lives in New York.

The Epoch Media Group, the Falun Gong media operation, has spent millions of dollars on social media campaigns, including setting up fake accounts, that have promoted Trump and proffered conspiracy theories against presumptive Democratic presidential candidate Joe Biden. Over 600 accounts removed by Facebook were discovered to have been fake Falun Gong accounts. Epoch Media Group's broadcast arms, New Tang Dynasty Television (NTDT) and Sound of Hope Radio Network, are suspected of feeding anti-Chinese Falun Gong propaganda to another right-wing and conspiracy-heavy broadcaster, One America News Network (OANN), which is based in San Diego. OANN and Falun Gong have both promoted far-out conspiracy theories emanating from a pro-Trump social media group called QAnon. Falun Gong has established close links with neo-Nazis in Germany and the far-right in France. Falun Gong has convinced its most ardent followers that Trump was sent by heaven to destroy the Chinese Communist Party.

In a couple of recent articles in The Epoch Times, Falun Gong appears to be taking credit for launching COVID-19, which runs counter to the anti-Beijing propaganda emanating from Secretary of State Mike Pompeo, White House trade official Peter Navarro, and some leading congressional Republicans. On March 11 and April 26, 2020, The Epoch Times ran two editorials suggesting that COVID-19 was not a virus caused by the Chinese government but one intended to destroy the Chinese Communist Party (CCP) and its international supporters. The articles stated:

"The spreading of the virus shows a clear pattern, which is, it is selectively targeting the CCP and is aimed at eliminating the CCP and those who are pro-communist or who have close ties with the CCP. All regions that are hard-hit by the virus outside China are those having intimate ties with the CCP, those who have supported the CCP in terms of trade, investment, or helping the CCP improve its international image. Likewise, individuals who have been the CCP's supporters often find themselves vulnerable to the CCP virus." The article suggests that New York City became a hot zone for the virus because of its financial links to the Chinese government and the presence of the United Nations and Wall Street, the latter accused of being a "behind the curtains financier helping the Chinese Communist regime prolong its life."

The Falun Gong articles also contain a stark warning for New York City, which may have suffered from in excess of 20,000 COVID-19 deaths as of publication date: "the priority is to start cleansing the CCP infiltration from New York." Does "cleansing" include carrying out a mass casualty event by a cult that also targeted Wall Street, including three targetsMSCI (Morgan Stanley Capital International), FTSE Russell, Bloomberg Indexand JP Morgan, the United Nations headquarters, and New York City's "economy, finance, commerce, media, culture, education, [and] Chinese-American community?"

The Epoch Times articles offer a COVID-19 cure: "Staying away from the CCP, condemning the CCP, not supporting the CCP can help any individual, organization, and country alleviate or even avoid the attacks of the CCP virus. They will then embrace a wonderful future."

If COVID-19 has a non-natural origin, such statements place Falun Gong squarely as a major suspect in unleashing and propagating the virus. Cults have a history of committing acts of bio-chemical terrorism, including the Japanese Aum Shinrikyo movement, which launched a sarin gas attack on the Tokyo subway system on March 20, 1995, killing 13 people and injuring thousands of others. In 1984, the Bhagwan Shree Rajneesh cult purposefully contaminated salad bars at ten restaurants in The Dalles, Oregon with Salmonella typhi, poisoning 751 people. The 2001 anthrax attacks using the U.S. Postal System as a conduit killed a total of five people and injured several others. The actual perpetrators were never identified.

A February 10, 2014, UK "Secret UK Eyes Only" report from the Defense Science and Technology Laboratory (DSTL) in Porton Down, England, warned that NSA (non-state actors) could try to weaponize the deadly Ebola virus. Falun Gong falls into the category of a non-state actor.

Individuals like Cotton, Cruz, Haley, Pompeo, Navarro, Giuliani, Limbaugh, and others who have been touting the Falun Gong are worthy of criminal investigations to probe their financial and other links to what could be a very dangerous biological terrorism-fostering cult in the Falun Gong movement.

Falun Gong's propaganda network, including The Epoch Times, lashes out at any media criticism of the cult as being the result of a propaganda campaign by the "Chinese regime." It also promotes the recitation of "Falun Dafa is good" as a cure for COVID-19.