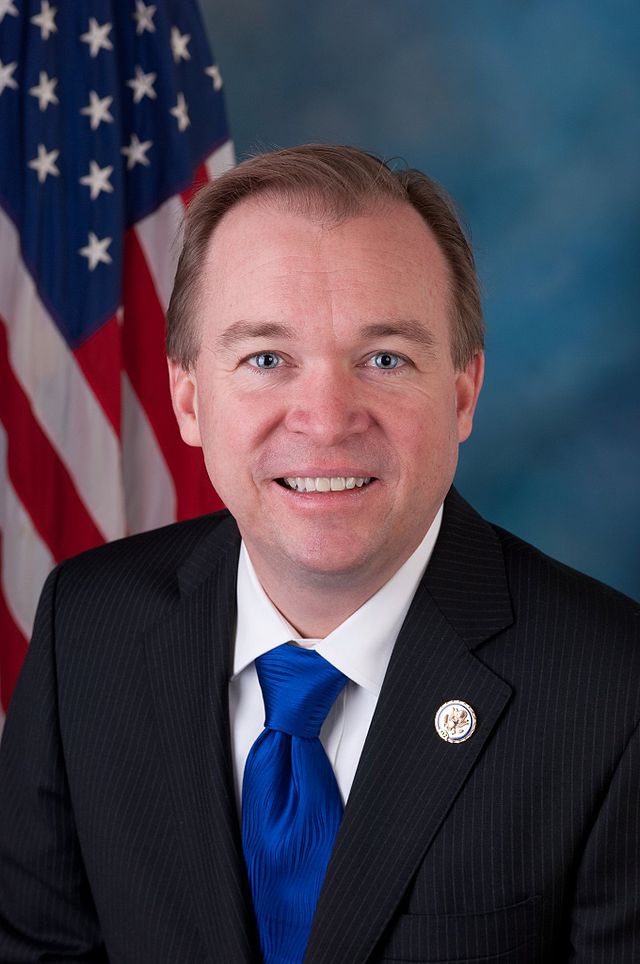 -- This post has been updated with news of Mulvaney's confirmation --

The Senate has confirmed Donald Trump's pick for White House Budget Director, Rep. Mick Mulvaney, in a 51-49 vote. Senator John McCain, an Arizona Republican, joined with every Democrat in the chamber in opposing Mulvaney's nomination as a group of lawmakers and experts spoke on the Hill in support of Social Security -- and millionaires stopped paying their Social Security taxes.

The timing is interesting, since Mulvaney has been trying to cut Social Security for years.

BREAKING: The Senate votes 51-49 to confirm @ RepMickMulvaney as OMB Director. Sen. John McCain is lone Republican to vote against him.

Mulvaney, a steely-eyed tea partier from South Carolina, was first elected to Congress in 2010. He co-founded the extremist "Freedom Caucus" that forced Republican House Speaker John Boehner from power and has pressured his successor, Paul Ryan, to adopt even more conservative positions. (Both Boehner and Ryan were well to the right of mainstream opinion on economic issues, according to polls -- but that wasn't enough for Mulvaney.)

The "Cut, Cap and Balance" Act Mulvaney supported in 2011 was, at its heart, an attempt to limit government's role in American life. Its provisions would have forced reductions in everything from anti-poverty programs to public safety and the national defense.

Medicare is also in Mulvaney's sights. He once said, "We have to end Medicare as we know it."

Mulvaney supports means-testing Medicare benefits, a costly move that would save very little money unless the cutoff for eligibility was lowered to include a significant number of middle-class recipients.

After today, Thursday, February 16, people with million-dollar salaries will stop paying the Social Security payroll tax for the year. The annually adjusted payroll tax cap is $127,200 this year. No one earning more than that pays Social Security taxes for the income they take home in excess of the cap. For bigger earners, including Trump himself, the tax holiday comes much earlier.

If all goes as planned, Mick Mulvaney will become Director of the Office of Management and Budget (OMB) on the very day that someone with a $1 million yearly salary stops paying into the Social Security trust fund.

Related Topic(s): Budget Cuts; Donald Trump Lies; Medicare; Mick Mulvaney; Social Security Cuts; Trump Cabinet; White House Budget Director, Add Tags
Add to My Group(s)
Go To Commenting
The views expressed herein are the sole responsibility of the author and do not necessarily reflect those of this website or its editors.