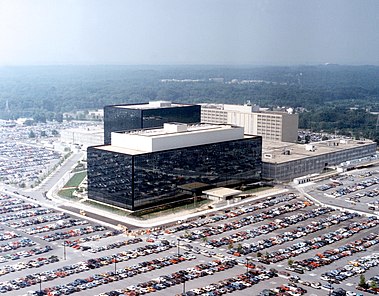 Edward Snowden was inspired by the events of 9/11 to join the military and fight the Knights of Darkness who caused the explosions in NYC, DC, and PA. He broke a leg during his training for special ops and was eased out of the military. He found employment through a job fair as a spook, for the CIA and NSA, as a contractor under the guise of a Dell computer employee. In his later memoir, Permanent Record -- the title refers to the US government's illegal dossiers on everybody -- he writes about the events of 9/11 and the day after 9/12. Here's an excerpt from a piece he released at his Substack site today:

The following is an excerpt from my memoir, Permanent Record, available in most languages wherever fine books are sold.

Pandemonium, chaos: our most ancient forms of terror. They both refer to a collapse of order and the panic that rushes in to fill the void. For as long as I live, I'll remember retracing my way up Canine Road-the road past the NSA's headquarters-after the Pentagon was attacked. Madness poured out of the agency's black glass towers, a tide of yelling, ringing cell phones, and cars revving up in the parking lots and fighting their way onto the street. At the moment of the worst terrorist attack in American history, the staff of the NSA-the major signals intelligence agency of the American Intelligence Community (IC)-was abandoning its work by the thousands, and I was swept up in the flood.

NSA director Michael Hayden issued the order to evacuate before most of the country even knew what had happened. Subsequently, the NSA and the CIA-which also evacuated all but a skeleton crew from its own headquarters on 9/11-would explain their behavior by citing a concern that one of the agencies might potentially, possibly, perhaps be the target of the fourth and last hijacked airplane, United Airlines Flight 93, rather than, say, the White House or Capitol.

I sure as hell wasn't thinking about the next likeliest targets as I crawled through the gridlock, with everyone trying to get their cars out of the same parking lot simultaneously. I wasn't thinking about anything at all. What I was doing was obediently following along, in what today I recall as one totalizing moment-a clamor of horns (I don't think I'd ever heard a car horn at an American military installation before) and out-of-phase radios shrieking the news of the South Tower's collapse while the drivers steered with their knees and feverishly pressed redial on their phones. I can still feel it-the present-tense emptiness every time my call was dropped by an overloaded cell network, and the gradual realization that, cut off from the world and stalled bumper to bumper, even though I was in the driver's seat, I was just a passenger.

The stoplights on Canine Road gave way to humans, as the NSA's special police went to work directing traffic. In the ensuing hours, days, and weeks they'd be joined by convoys of Humvees topped with machine guns, guarding new roadblocks and checkpoints. Many of these new security measures became permanent, supplemented by endless rolls of wire and massive installations of surveillance cameras. With all this security, it became difficult for me to get back on base and drive past the NSA-until the day I was employed there.

Try to remember the biggest family event you've ever been to-maybe a family reunion. How many people were there? Maybe 30, 50? Though all of them together comprise your family, you might not really have gotten the chance to know each and every individual member. Dunbar's number, the famous estimate of how many relationships you can meaningfully maintain in life, is just 150. Now think back to school. How many people were in your class in grade school, and in high school? How many of them were friends, and how many others did you just know as acquaintances, and how many still others did you simply recognize? If you went to school in the United States, let's say it's a thousand. It certainly stretches the boundaries of what you could say are all "your people," but you may still have felt a bond with them.

Now, consider this: over one million people have been killed in the course of America's response.

The two decades since 9/11 have been a litany of American destruction by way of American self-destruction, with the promulgation of secret policies, secret laws, secret courts, and secret wars, whose traumatizing impact-whose very existence-the US government has repeatedly classified, denied, disclaimed, and distorted. After having spent roughly half that period as an employee of the American Intelligence Community and roughly the other half in exile, I know better than most how often the agencies get things wrong. I know, too, how the collection and analysis of intelligence can inform the production of disinformation and propaganda, for use as frequently against America's allies as its enemies-and sometimes against its own citizens. Yet even given that knowledge, I still struggle to accept the sheer magnitude and speed of the change, from an America that sought to define itself by a calculated and performative respect for dissent to a security state whose militarized police demand obedience, drawing their guns and issuing the order for total submission now heard in every city: "Stop resisting."

This is why whenever I try to understand how the last two decades happened, I return to that September-to that ground-zero day and its immediate aftermath. To return to that fall means coming up against a truth darker than the lies that tied the Taliban to al-Qaeda and conjured up Saddam Hussein's illusory stockpile of WMDs. It means, ultimately, confronting the fact that the carnage and abuses that marked my young adulthood were born not only in the executive branch and the intelligence agencies, but also in the hearts and minds of all Americans, myself included.

I remember escaping the panicked crush of the spies fleeing Fort Meade just as the North Tower came down. Once on the highway, I tried to steer with one hand while pressing buttons with the other, calling family indiscriminately and never getting through. Finally I managed to get in touch with my mother, who at this point in her career had left the NSA and was working as a clerk for the federal courts in Baltimore. They, at least, weren't evacuating.

Her voice scared me, and suddenly the only thing in the world that mattered to me was reassuring her.

"Is Pop in Washington?"

Related Topic(s): Life Calling; Life Events; Life On Alien Planet Discovered; Life-Home-Family; Lifestyle Preservation; Memoir; Snowden, Add Tags
Add to My Group(s)
Go To Commenting
The views expressed herein are the sole responsibility of the author and do not necessarily reflect those of this website or its editors.