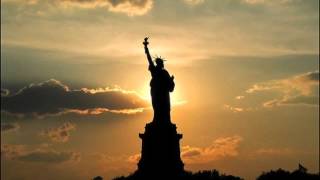 From youtube.com: Give me your tired, your poor, Your huddled masses, yearning to breathe free
(Image by YouTube, Channel: Jack Presbury)   Details   DMCA

1. A record high of 75 percent of Americans now say immigration is a "good thing" for the country.

2. America needs more immigrants, not fewer, because our population is rapidly aging.

3. Historically, new immigrants have contributed more to society in taxes than they have taken from society in terms of public assistance.

4. Most immigrants don't take jobs away from native-born Americans. To the contrary, their spending creates more jobs.

6. Violent crime rates in America are actually at historical lows, with the homicide rate back to its level from the early 1960s.

7. Illegal border crossings have been declining since 2014 -- long before Trump's "crackdown." There is no "surge" in illegal immigration.

Related Topic(s): Immigration; Truth; Undocumented, Add Tags
Add to My Group(s)
Go To Commenting
The views expressed herein are the sole responsibility of the author and do not necessarily reflect those of this website or its editors.