Of course, if people choose to install filters over their own private connection to block what they personally don't want to see, then that's their business. But serious issues arise when these filters are installed over entire networks by ISPs, schools, libraries or public WiFi providers, and block out alternative beliefs in public places in a discriminatory way.

Web filters as tools of discrimination 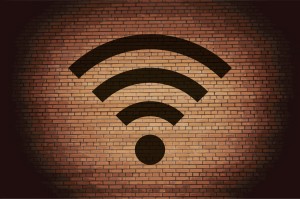 In the UK we have seen alternative spirituality and beliefs blocked on mobile internet, and it's been found that public WiFi blocks almost half of religious sites. Indeed, the overzealous government-backed filtering regime in the UK appears to be out of control, and was recently found to block almost one fifth of the top 100,000 sites on the web.

But when it comes to the cyber-segregation of spirituality using filters, service providers are not the only culprits.

When a public school or library set up a filter to selectively block alternative beliefs, while permitting access to traditional beliefs, they can be liable for discrimination. Although anti-discrimination laws vary from one place to another, public institutions are generally not supposed to dictate which beliefs are acceptable or not, or treat certain beliefs more favourably than others, or interfere with an individual's right to access material related to their own personal beliefs or spiritual interests.

Such discrimination may also violate human rights. For example, article 18 of the International Covenant on Civil and Political Rights gives everyone the right to "freedom of thought, conscience and religion" in "public or private" and forbids any "coercion" which would impair this freedom.

In the USA, discriminatory filtering of alternative beliefs in public libraries has been found to be in direct breach of the First Amendment.

A legal precedent has been set on this front in the US.

The Salem Public Library in Missouri was caught carrying out a virtual witch-hunt on its internet services by blocking so-called "occult" beliefs. The library was using the Netsweeper filter provided through MOREnet. Netsweeper -- according to a whitepaper it released in 2010 -- classified the subcategory "Occult" in the "Adult" category alongside things like "Criminal Skills", "Extreme", "Gambling", "Hate Speech", "Pornography", "Profanity", "Substance Abuse" and "Weapons", which seems to encourage guilt by association.

The Salem library using this filter ran into trouble when a resident researching websites about Native American religions and the Wiccan faith found that these minority faiths were categorised and blocked as "occult" or "criminal". After she complained to the library, full access was still withheld.

So she went to the American Civil Liberties Union (ACLU) who took the library to court and won. The Judge ruled in March 2013 that blocking material solely on viewpoint was unconstitutional. 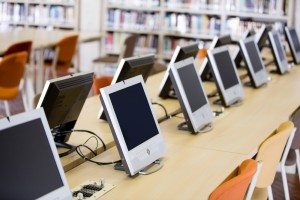 Discrimination against alternative spiritual beliefs can also be an issue in public schools. In 2005 students at Pine View public school in Florida made complaints about how their school filter blocked non-mainstream religions and so-called "cults" yet allowed access to major religions.

In Australia, the state of Queensland currently filters the internet in public schools, using the Blue Coat filter mentioned previously. The Queensland government displays the filter settings they use online, which reveals they set the filter to block "Alternative Spirituality/Belief" while allowing access to "Religion" for students.

In the USA, the ACLU has had success stopping public schools from using filters in a discriminatory way. The Clark County School District agreed to stop filtering "Alternative Spirituality/Belief" after the ACLU complained.

Matthew is a freelance writer with a Bachelor of Arts in Journalism, an open mind and a keen interest in defending personal freedom and uncovering the truth. He writes at The Conscious Reporter about issues that affect and suppress human (more...)

Related Topic(s): ACLU; ACLU; Alternative Currency; Belief; Censorship; Censorship; Censorship; Internet; Religion; Spirituality, Add Tags
Add to My Group(s)
Go To Commenting
The views expressed herein are the sole responsibility of the author and do not necessarily reflect those of this website or its editors.