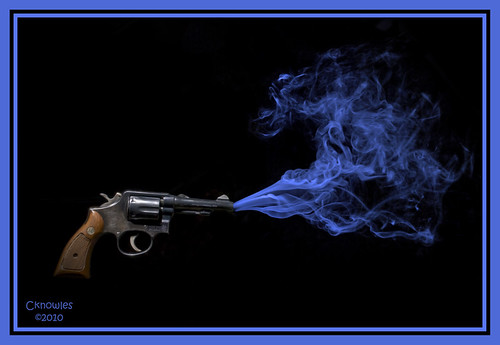 First and foremost, here is what you need to know when you listen to any member of our government state that the newly released 29 pages are no smoking gun -- THEY ARE LYING.

When CIA Director John Brennan states that he believes the 29 pages prove that the government of Saudi Arabia had no involvement in the 9/11 attacks, recognize that John Brennan is not a man living in reality -- he is delusional by design, feeding and protecting his Saudi vice.

When Assistant Secretary of State for Near Eastern Affairs, Anne W. Patterson, testifies -- under oath -- that the Kingdom of Saudi Arabia is an ally that does everything they can to help us fight against Islamic terrorism, recognize that her deep, steep Saudi pandering serves and protects only her Saudi vice.

Read the 29 pages and know the facts.

Do not let any person in our government deny the damning reality of the 29 pages.

It is well documented that the Joint Inquiry received enormous push-back against its investigation into the Saudis. In fact, former FBI Director Mueller acknowledges that much of the information implicating the Saudis that the Inquiry investigators ultimately uncovered was unknown to him. Why does Mueller say this? Mostly because Mueller and other FBI officials had purposely tried to keep any incriminating information specifically surrounding the Saudis out of the Inquiry's investigative hands. To repeat, there was a concerted effort by the FBI and the Bush Administration to keep incriminating Saudi evidence out of the Inquiry's investigation. And for the exception of the 29 full pages, they succeeded in their effort.

Notwithstanding the lack of cooperation from the FBI and the pressure from the Bush Administration to thwart any investigation of the Saudis, the Joint Inquiry was still able to write 29 full pages regarding Saudi complicity in the 9/11 attacks. No other nation is given such singular prominence in the Joint Inquiry's Final Report. Not Iraq. Not Iran. Not Syria. Not Sudan. Not even Afghanistan or Pakistan.

The 29 pages have been kept secret and suppressed from the American public for fifteen years -- not for matters of genuine national security -- but for matters of convenience, embarrassment, and cover-up. Executive Order 13526 makes that a crime. Neither James Clapper nor Barack Obama want to release a statement about that.

The only thing James Clapper and Barack Obama are willing to say about the delayed release of the 29 pages is that they stand by the investigation of the 9/11 Commission. This punt by President Barack Obama is repulsive. President Obama's deference to the 9/11 Commission -- who themselves admit that they were unable to fully investigate the Saudi role in the 9/11 attacks -- depicts Obama's utter lack of interest, engagement, or support of the 9/11 families. Frankly, it re-victimizes the 9/11 families by not acknowledging the truth, blocking our path to justice, and the very vital assignment of accountability to those who should be held responsible. Most alarmingly, Obama's silence keeps us unsafe because instead of calling for an emergency session of Congress to immediately name the Kingdom of Saudi Arabia as a State Sponsor of Terrorism, President Obama continues to downplay, belittle, and ignore the truth leaving us vulnerable to terrorist attacks that are still to this very day being funded by our "ally" the Kingdom of Saudi Arabia.

Kristen Breitweiser, 9/11 widow and activist, is known for pressuring official Washington to provide a public accounting to the American people of what went wrong on the morning of September 11 and in the months leading up to the disaster that (more...)
Related Topic(s): 28 Pages; 911; 911 Saudi Arabia, Add Tags
Add to My Group(s)
Go To Commenting
The views expressed herein are the sole responsibility of the author and do not necessarily reflect those of this website or its editors.

Uproar Over the 28 Pages: The Saudi/CIA Connection?