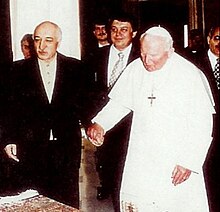 More than four and half years after the abortive coup against President Recep Tayyip Erdogan, Turkish security forces continue arrest of supporters of the so-called Gulenist Terror Group (FETÖ) and its US-based leader Fetullah Gulen accused of orchestrating the coup attempt.

Turkish security forces detained 264 suspects on Tuesday in operations across the country against the Gulenist Terror Group (FETÖ), according to Daily Sabah. In one of the biggest operations against the terrorist group, 204 suspects were detained in Izmir and 49 in other provinces.

FETÖ faces operations almost on a daily basis as the country stepped up a clampdown on the group following the July 15, 2016 coup attempt it carried out through its military infiltrators, the Daily Sabah reported.

Suspects captured in operations based in Izmir were among 304 wanted by the Chief Prosecutor's Office in the province, and a manhunt was underway to capture the others. Those with arrest warrants were mostly soldiers and 295 among them were active-duty soldiers.

They were identified through their communications with the terrorist group's handlers via payphones. Payphones were a common method employed by FETÖ to avoid detection. Former members of the group captured in earlier operations have confessed that the handlers would regularly contact them via payphones and arrange secret meetings.

Authorities said suspects with arrest warrants were serving in the army and air force and included five colonels, officers with lower ranks and civilians who served as their handlers. They also said that this was one of the largest operations of its kind against the group's military infiltration scheme.

Izmir Police Chief Huseyin Aşkın told reporters that this was the fourth large-scale operation in the province against FETÖ. "It was the result of a lengthy, meticulous investigation," he said.

Since the abortive putsch, some 80,000 people have been held pending trial and about 150,000 civil servants, military personnel and others sacked or suspended, according to Reuters. More than 20,000 people had been expelled from the Turkish military.

To borrow Mustafa Akyol, a Senior Fellow at the Washington-based Cato Institute, in Turkey there is almost a national consensus that the Gulenists were, at least, the main component of the coup. This consensus is shared by all opposition parties, along with many secularists, leftists or liberals who are bitterly opposed to Erdogan on most other issues.

"The very fact that Gulen is based in the United States made many Turks assume that the Gulenists could not have launched a coup on their own. This deep distrust, amplified by Washington's support for Kurdistan Workers Party-affiliated Kurdish militia in Syria, boosted anti-Americanism in Turkey," Akyol says adding: That should make it easy to understand why Turkey has bought and deployed S-400 missiles from Russia, despite all the objections from Washington.

What is the Gulen Movement?

Since the 1970s, Gulen and his followers have slowly built up a network of educational institutions, non-governmental organizations and businesses that started in Turkey, spread to Central Asia, and was entrenched in every continent but Antarctica. This network is called the Gulen Movement.

According to Turkish Invitation website, by November 2012, there were Gulen group run schools were established in as many as 120 countries.

It is extremely secretive, and many of its members (the "Gulenists") and organizations will not even openly admit their affiliation. Publicly, the Gulen Movement advertises itself as a grassroots volunteer civil society movement that is interested only in humanitarian and educational works. Its members like to stress that it is loosely organized with no central coordination.

Outside of Turkey, the network of Gulen schools had been rapidly expanding all over the world, and around 1999 the Gulenists began to establish publicly-funded charter schools in the United States, where they already had a small number of private schools.

Author and journalist. Author of Islamic Pakistan: Illusions & Reality; Islam in the Post-Cold War Era; Islam & Modernism; Islam & Muslims in the Post-9/11 America. Currently working as free lance journalist. Executive Editor of American (more...)
Related Topic(s): Coup; Daily Sabah; Gulen; Gülenist Terror Group; President Erdogan; Turkey, Add Tags
Add to My Group(s)
Go To Commenting
The views expressed herein are the sole responsibility of the author and do not necessarily reflect those of this website or its editors.