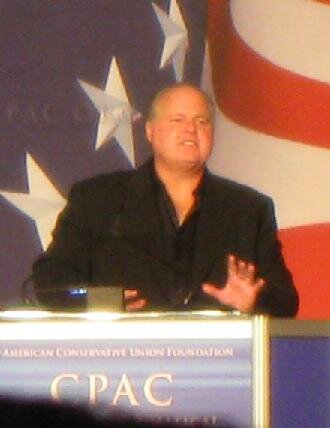 As human being to human being, I feel for your struggle ahead but of course we all live our lives and do our work in the knowing of our mortality and the coming of death. Only now it is becoming more real for you surely (and for me too since I am entering my 80th year and that too is a reminder of my own mortality).

As a priest I am with you in this latest journey of yours.

But I also want to invite you, as you look back on your life and work (and so much of our lives is our work) to consider making these last months on earth the most useful possible. You might want to consider leaving behind some healing and gifting to balance out the immense amount of division-making and hatred, shaming and name-calling of others that you have built your sad but profitable career on.

Clearly you are a gifted individual but clearly also you have not used your gifts to spread healing or love or justice. There is a certain karma in hearing about your present condition on the eve of the fake acquittal in a sham trial of a president who, with your urging and cheerleading for years, has shown his complete disregard for truth and for human respect, for future generations (by denying climate change) and for our constitution which he clearly violated time and time again.

One can make a list of your tirades over the decades (see http://www.msnbc.com/politicsnation/rush-limbaughs-most-outrageous-moments-25) One that sticks out to me is your calling feminists "feminazis" which may make for clever radio parlance but which reveals a very sick sense of masculine superiority and violence against women seeking their god-given wisdom and freedom.

What most stands out is the primal role you have played in creating the divide that now exists in the body politics of our country. A divide completely at work in the current Senate sham impeachment trial. Your decades of spewing hate and division over the airwaves is now bearing its poisoned fruit. Yes, your party now owns the senate and therefore the impeachment future of our president but unfortunately their ethics will mirror yours just as Mr. Trump's do.

You are not alone of course but you and your ilk created Trump in the sense that you spread the message of Resentment throughout this country for decades. A friend of mine years ago drove across the country and said there were often times when he could not get NPR on the radio but there was no place where he could not get Limbaugh on the radio.

No doubt that news may feed your ego. But dying is of course about letting one's ego go so now might be the right time to reflect on your life from a more-than-ego viewpoint. What you are leaving behind is a lot of wreckage. You may want to repent of that and get your (inner) house in order before you leave us. Consider all the copycats that have cashed in on your wayward ways beginning with Robert Murdoch who has brought your notion of Hate Radio to his Fox News Channel so now we have Hate Television too. And a propaganda tool, just like Hitler and Goebbels created for their Resentment Agenda, disguised as Fox News.

What does it mean to be dying knowing that you have left such institutions of Hatred behind you that will supposedly flourish wherever the idolatry of money reigns, and where lies and falsehood hold sway over truth?

What might you do to cleanse your soul before you die? There are many options and you, being an intelligent and creative person, can surely come up with your own. But here are a few suggestions:

Related Topic(s): Cancer; Death; Matthew Fox; Open Letter; Rush Limbaugh, Add Tags
Add to My Group(s)
Go To Commenting
The views expressed herein are the sole responsibility of the author and do not necessarily reflect those of this website or its editors.