Documents show that in the 1970's Exxon scientists warned the company about impending climate change, saying "fossil fuel consumption will cause dramatic environmental effects before the year 2050." 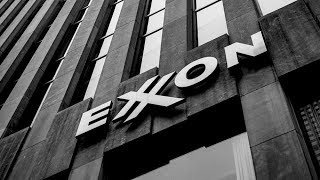 Exxon Knew In The 70s Exxon knew about the dangers of climate change in the 1970s, according to internal company documents. SOURCES: [i] InsideClimateNews.org. Exxon ...
(Image by YouTube, Channel: The YEARS Project)   Details   DMCA

Related Topic(s): Climate Change; Exxon; Exxon Mobil Oil; Exxon-mobile; Exxonmobile; Scientists, Add Tags
Add to My Group(s)
Go To Commenting
The views expressed herein are the sole responsibility of the author and do not necessarily reflect those of this website or its editors.