French protesters have been all but invisible in the mainstream [propaganda] media, deafening silence from the labor unions, and even the so-called ‘left’.

A broken head or a broken window in Hong Kong, Venezuela or Iran leads to headlines.  More than a year of weekly upheaval, mass movements of working people met with extreme violence by the French state and its achingly liberal President Macron has been ignored by Western print and broadcast journalists with studied arrogance.

There can be no rational justification for this [except self-censorship]. 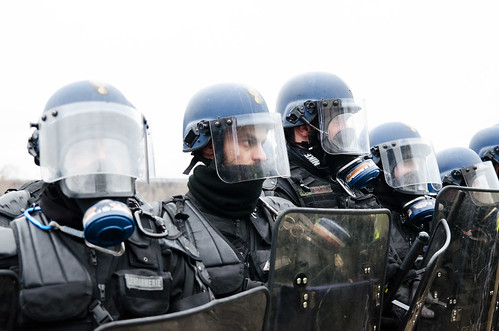