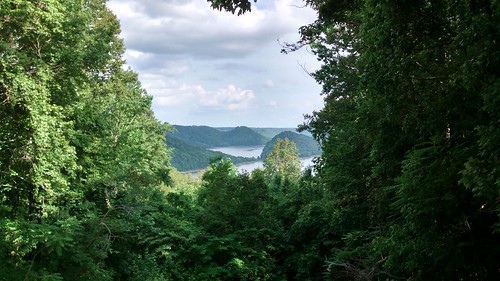 I guess the fossil-fuel-industry-bought politicians in the West Virgina legislature really want to silence Lissa Lewis, a democratic candidate for the 7th district. They have a bill on the floor which would allow for drilling on properties with multiple owners if 75% enter into a lease, rather than the 100% that should be required. Lucas came to oppose the rights violations to property owners against drilling that this would pose.

When Lucas called B.S. on the "job creation" myth, and started to read the laundry-list of fossil fuel industry campaign backers and dollar amounts to the "bought" politcians who are pushing hard for the Appalachian Storage Hub (see other quicklink article about the China Energy Investment Corp), the presiding delegate, John Schott (who she also named) had her forcibly removed.

The good news is she has raised over $45,000 since she was ejected.

I am a low-to-no-income person getting-older. I work (when i have work) as a seasonal gardener. I'm tired of seeing America eroded by corporate neo- fascists, and tired of watching the gift of life on this miraculous planet be exploited and (more...)