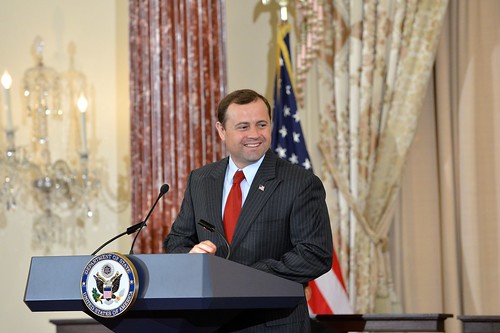 When he was asked while campaigning this week whether Northam’s relationships with the Republican-controlled legislature might make the lieutenant governor more adept at getting things done in Richmond, Perriello responded with a thoughtful and forceful argument that politics has changed. “That’s just a misunderstanding of how politics works and how leverage works,” he said. “The way you do this is you go out and you win the Republican constituents, not the legislators. … Doing this in backroom deals in Richmond hasn’t gotten us a minimum wage increase, it hasn’t gotten us criminal justice reform, it hasn’t gotten us Medicaid expansion. And so if Ralph could have pointed to successes on that over the last few years, quite frankly I wouldn’t be in this race and I wouldn’t be winning.”

STAY IN THE KNOW
If you've enjoyed this, sign up for our daily or weekly newsletter to get lots of great progressive content.
Series: "Tom Perriello"