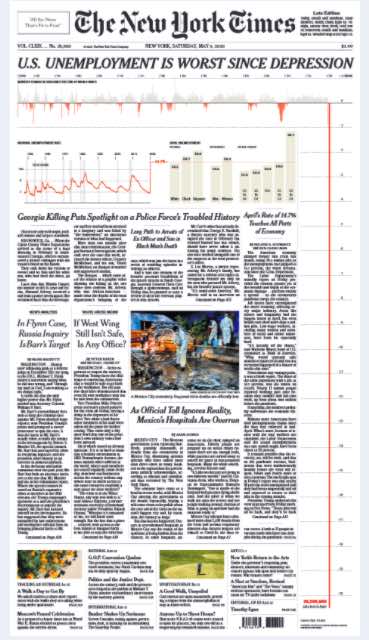 May 9 front page of the New York Times
(Image by FAIR.org)   Details   DMCA

When the BLS announced the April jobless rate of 14.7%  last Friday, they included a long note saying that it was wrong. Their surveyors had incorrectly classified millions of workers who's said they were temporarily laid off as "employed." They said they true rate should have been 19.7%, but a BLS tradition of not correcting data once recorded meant they'd leave the number alone. Almost all the US media went along with that error or missed the note...