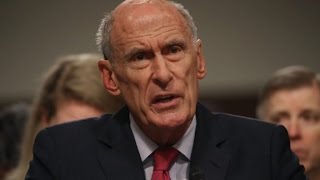 Director of National Intelligence Dan Coats won't answer Trump-Russia question.
(Image by YouTube, Channel: CNN)   Details   DMCA
National Intelligence Director Dan Coats said Sunday that he will leave the Trump administration in mid-August. President Donald Trump announced in a tweet that he would nominate Rep. John Ratcliffe, R-Texas, to replace Coats. In January, Trump criticized his top intelligence officials after they presented their assessments of global threats — which were at odds with his own views. Trump tweeted: "Perhaps Intelligence should go back to school!"
Read the rest of the story HERE: