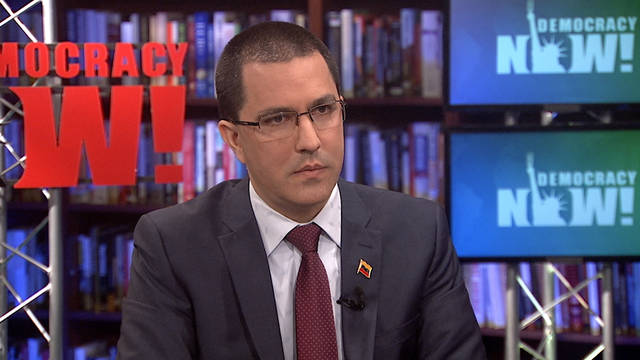 full hour interview with Venezuela's Foreign Minister,  Jorge Arreaza on what really happened on Venezuela's borders over the weekend. What Mike Pence and John Bolton are doing in Columbia today.