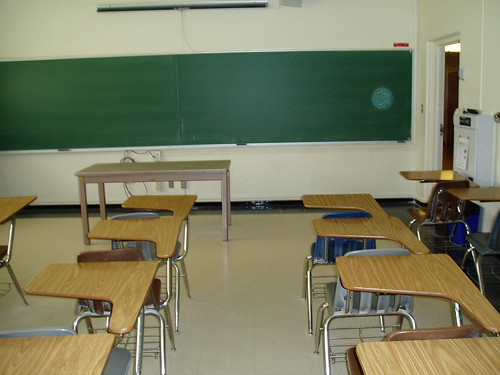 The Bush-Obama-Trump program of standardized testing, punitive accountability, & school choice is their 'reform' strategy. It has utterly failed. The “reformers” relied on the business idea that disruption is a positive good. I call them “disruptors,” not reformers. Reformers have historically called for more funding, better trained teachers, desegregation, smaller class sizes.  Federal mandates led states  to spend billions on testing, crowding out untested subjects like history and science.  Charter schools on average do not get higher test scores;  in some states charters dominate the state’s list of the lowest performing schools. How do we improve our schools?   States and districts should save billions by spending  to reduce class sizes so children can get individualized help from their teacher,' who, BTW, should not have to work 2 or 3  jobs to make ends meet . Read more...

Other Series: View All 299 Articles in "Crisis in America"

Other Series: View All 644 Articles in "DON'T MISS THIS!"

Other Series: View All 221 Articles in "Ending democracy: end the institution of public schools"

Other Series: View All 413 Articles in "FRAUD & Mendacity."

Other Series: View All 175 Articles in "legislature and governorsL false info- undoing education"

Other Series: View All 604 Articles in "lies & propaganda:: the rant"

Other Series: View All 455 Articles in "PRIVITIZATION."

Other Series: View All 954 Articles in "Public ignorance & those who use this"

Other Series: View All 760 Articles in "Shameful"

Other Series: View All 44 Articles in "Tests: The truth and the propaganda."

Other Series: View All 220 Articles in "War on teachers and the profession"

2 people are discussing this page, with 5 comments