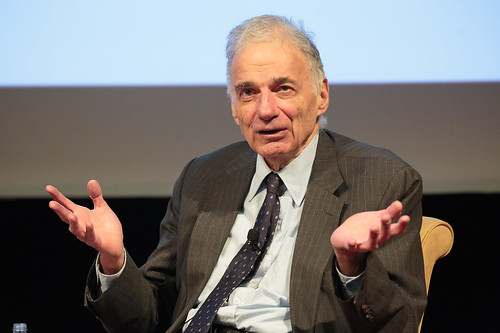 Nader lists major stupidities by the Democrats that have led to their abject failure.

-choosing to accept corporate money; "you could see the difference in appointments to regulatory agencies, the difficulty in getting them to upgrade health and safety regulations."

-They began to judge their challenge to Republicans by how much money they raised. "As a result they took the economic issues off the table that used to win again and again in the 30's and 40's for the Democrats."

-they drew back geographically, to the east coast, west coast and didn't run a 50-state [presidential] campaign.