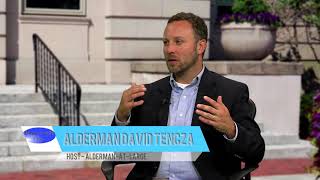 “After the debate, I saw everybody pairing up — Sen. Warren and Sanders competition against one another, and then everyone else. I just think those two as a team, Sanders and Warren, they don’t appeal widely across the nation as Sen. Klobuchar,” Pedersen told NBC.

While he likes both Warren and Klobuchar and is friendly with staff on both campaigns, he views Klobuchar as having broader appeal across the country.