Like Reagan following his attempt to primary Gerald Ford in 1976, Sanders is coming off a near-miss insurgent campaign against an embodiment of the party establishment, who then went to an excruciatingly narrow general election defeat.

Like Reagan, Sanders is widely judged too old to be elected president; he is older than the Gipper, but just as Reagan’s age in 1980, 69, roughly matched American life expectancy at the time, so does Sanders’s age of 77 match life expectancy today. 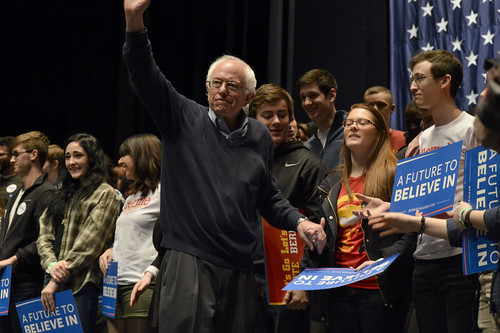