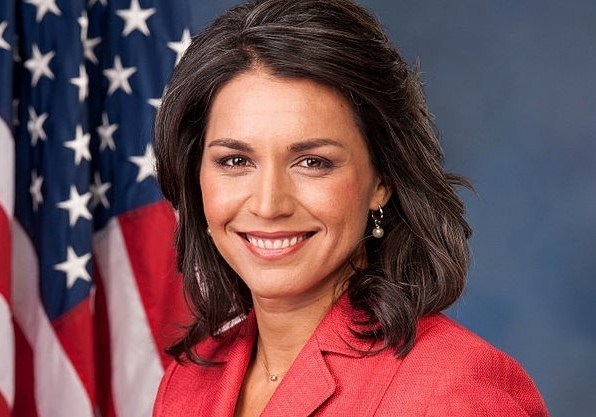 “For too long our leaders have failed us, taking us into one regime change war after the next, leading us into a new Cold War and arms race, costing us trillions of our hard-earned tax payer dollars and countless lives. This insanity must end.”

By debate’s end, Gabbard was the runaway winner in both the Drudge Report and Washington Examiner polls and was far in front among all the Democratic candidates whose names were being searched on Google.